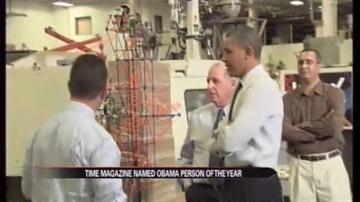 Time Magazine has named President Obama as its Person of the Year for 2012.

In naming the President as the Person of the Year, Time said in an age of "lost authority" Obama has maintained his.

Time said voters said they believe Obama is honest and has lived an admirable life trying to do the right thing.

Obama beat out the Pakistani teenager who was shot in the head by a Taliban Assassin, Tim Cook, the CEO of Apple and the head scientist at CERN who found the Higgs boson particle.