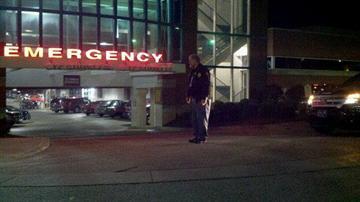 It was a violent weekend in Michiana. In just 24 hours three separate shootings left five people injured and a teenager dead. Here is a time line of the violence that broke out.

1 a.m. An argument broke out at 1233 West Van Buren Street in South Bend when three men showed up to a party and were asked to leave.

1:15 a.m. The three men returned to the home and according to witnesses starting shooting up to 30 bullets into the house that had 80 people inside. A 24 & 19-year-old, brothers were shot. According to a witness one the shooters was accidentally shot by one of his buddies as bullets rang out.

1:32 a.m. Shots were fired into a home on Eclipse Street near South Bend Regional Airport. We were not told if anyone was inside the home at the time. No one was injured. We were not able to confirm if the shootings were related.

Between 2 a.m. & 5 a.m. the 24-year old who was shot in the home on W. Van Buren Street was released from the hospital and went back home.

5 a.m. The house at 1233 West Van Buren Street was shot up again with another 15-20 bullets. Three people were inside the house at the time, no one was injured.

8 a.m. The lockdown was lifted at Memorial Hospital.

Saturday afternoon the 19-year-old that was shot on W. Van Buren Street was taken into surgery. His roommates told ABC 57 News that he is expected to be okay.

8 p.m. A Notre Dame employee was shot three times near Leeper Park. The victim was rushed to Memorial Hospital.

8:05 p.m. A perimeter was set up near Leeper park to track down those responsible.

8:10 p.m. Memorial Hospital was placed in lock down.

8:30 p.m. South Bend Police had three people detained for questioning in regards to the shooting. A 16, 17-year olds and an adult.

9:00 p.m. The shooting victim from Leeper Park was taken into surgery and listed in stable condition.

9:00 p.m. The lockdown was lifted at Memorial Hospital.