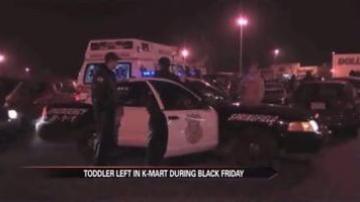 SPRINGFIELD, Mass. -- Police officers in Massachusetts had to break into a car early Friday  morning when they found a toddler left in the backseat.

He told police when he came out of the store the boy was gone.

The man is facing reckless endangerment charges but has not been officially charged.