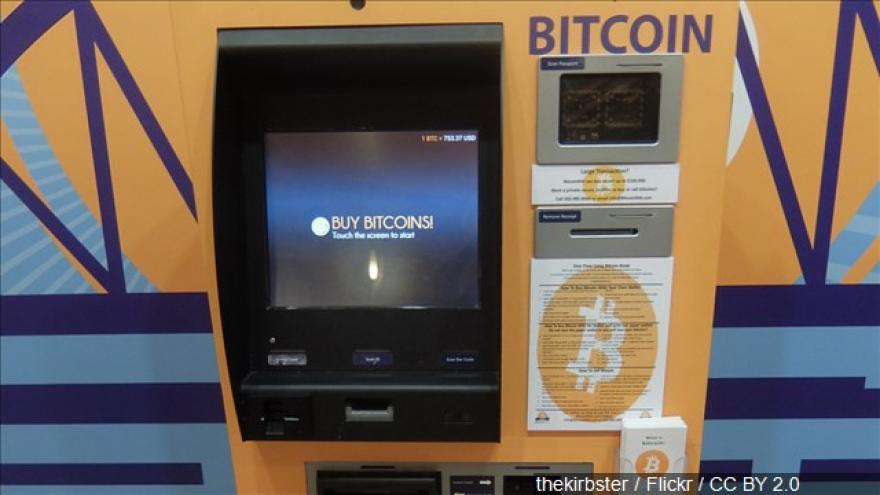 According to a lengthy affidavit filed Tuesday by the U.S. Secret Service in U.S. District Court, agents seized approximately $4.7 million in Bitcoin — a form of cryptocurrency — taken from approximately 30 wallets stored on a USB thumb drive. Photo courtesy thekirbster / Flickr/ CC BY 2.0 / MGN

A multi-year investigation into the production of fake ID cards culminated this week with the seizure of $4.7 million in Bitcoin and the arrest of a Toledo man believed to be one of the most prolific manufacturers of fake IDs in the country.

Mark A. Simon, 34, of the 4700 block of Stengel Drive was charged Thursday in U.S. District Court with producing and transferring false identification documents.

The charge followed his arrest and a search of his South Toledo home and three other locations Tuesday.

According to a lengthy affidavit filed Tuesday by the U.S. Secret Service in U.S. District Court, agents seized approximately $4.7 million in Bitcoin — a form of cryptocurrency — taken from approximately 30 wallets stored on a USB thumb drive.

Also seized at his Stengel Drive home were gold and silver coins, gold and silver bars, $7,000 in cash, and a variety of computer equipment and supplies believed to be used in the production of fake identification cards.

Bitcoin is a popular cryptocurrency, which are virtual currencies not tied to any standard, according to court records.

The system makes it difficult, but not impossible, for law enforcement to track purchases. One high profile example was the FBI's shutdown of Silk Road, a deep-web black market that netted the federal government $18 million in Bitcoin in 2013, when the currency was significantly less valuable than it is today.

That case led to the arrest of Ross William Ulbricht on charges related to being the site’s pseudonymous founder “Dread Pirate Roberts.” He was eventually convicted on conspiracy, narcotics and money laundering charges, and in May, 2015 to life in prison, according to court records.

Mr. Simon, also active on Silk Road under his "Ted Danzig" pseudonym, was the most popular fake ID producer on Silk Road, Cara Bloom, a University of Michigan graduate and cyber researcher at Carnegie Mellon University, wrote in a 2013 paper.

Court documents shows Mr. Simon made no statements to agents upon his arrest but asked for a lawyer.

He is being held in the Lucas County jail on a $5 million bond, which was set Wednesday by Toledo Municipal Court Judge Joseph Howe. He was expected to make an appearance in federal court Thursday afternoon.

A Perrysburg woman has also been charged in connection to incident, according to court documents.

Investigators believe the incident took place at her Valley Bluff Drive Apartment, Mr. Simon’s residence, and a residence in the 3700 block of Dewlawn Drive.

Charges were filed Tuesday in Toledo Municipal Court. Ms. Alberts has not been taken into custody as of Thursday afternoon, according to Lucas County jail staff.

According to Mr. Simon’s federal affidavit, the Ohio Department of Public Safety began investigating the fake ID scam in October, 2015, after receiving a number of fake ID cards collected at a bar in Springfield, Ohio. A Wittenberg University student told agents he and a friend got a fake ID through the Internet site, Reddit.com.

From there, investigators discovered a source for the phony Ohio driver's licenses and identification cards that could be purchased with Bitcoin. Mr. Simon is believed to be the seller who went by the name of “TedDanzigSR,” the affidavit shows. Reddit is divided into niche forums, known as “sub-reddits.” These online communities break down into a variety of interests, covering everything from kittens and puppies to pornography and drugs.

Making a purchase from “TedDanzigSR” required consumers to go through a number of online communities, following exact protocols that could be found in a detailed FAQ on the website Reddit.

Mr. Simon, using his “TedDanzigSR” pseudonym, was one of four moderators for the “TedDanzig” subreddit.

Visitors to the subreddit could ask questions about the details of fake IDs and leave reviews of previous purchases. They could also explore a FAQ that detailed, among other things, how to make a purchase through deep web browsers such as Tor; how the sellers determine pricing and shipping options, and even how to utilize a “rewards” program for leaving positive reviews.

Using a deep web browser, consumers could then make purchases on Mondays at 6 p.m. — a protocol initiated due to overwhelming demand.

The deep web site — which says the operation began in 2012 — also provides consumers with a guide on how to properly take a photo for a fake ID.

A Twitter account with the same name, @TedDanzigSR, was created in March, 2013, and posts began a month later referencing fake identifications.

Several of the posts refer to orders being shipped, new equipment being purchased, or specials — such as “only $425 for 5 people!” Many of them included the hashtag #FakeID.

No one answered the door when The Blade visited Mr. Simon’s Stengel Drive home on Thursday morning. Attempts to reach Mr. Simon’s family were unsuccessful.

According to University of Toledo Spokesman Meghan Cunningham, Mr. Simon received bachelor of science degrees in mathematics and physics from UT in 2007 and received a doctorate degree in physics in 2011.

He worked as a postdoctoral research associate for the physics department from May, 2011, to June, 2012, but is not currently associated with the university, she said.