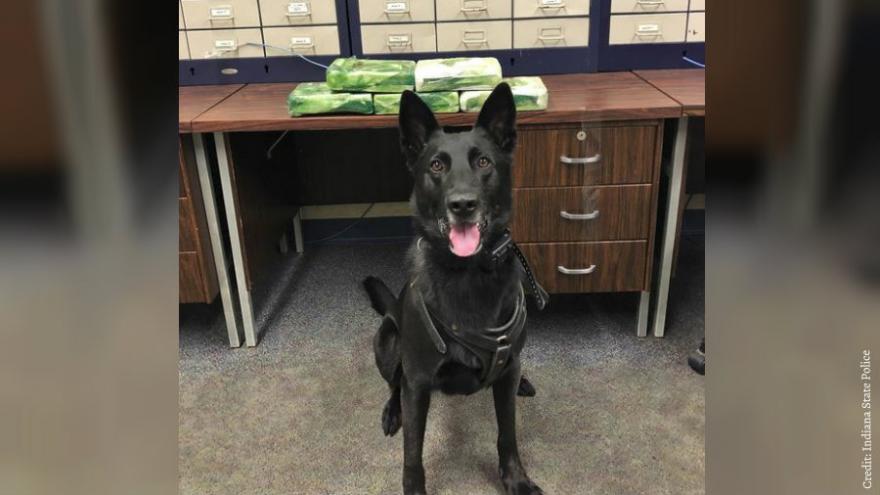 PORTER COUNTY, Ind. – Two California residents were arrested for dealing heroin after being pulled over by Indiana State Police on the Toll Road.

The Trooper talked with the driver and passenger, but suspected criminal activity. A vehicle search was conducted after ISP K9, Axel, smelled narcotics.

According to the ISP, five cellophane wrapped packages of suspected heroin were hidden in different areas of the trunk.

Each package is believed to weigh about two pounds each.

Yudith Valenzuela, 37, and Luis Garcia, 31, were both arrested on primary charges of Dealing Heroin. They were taken to Porter County Jail.