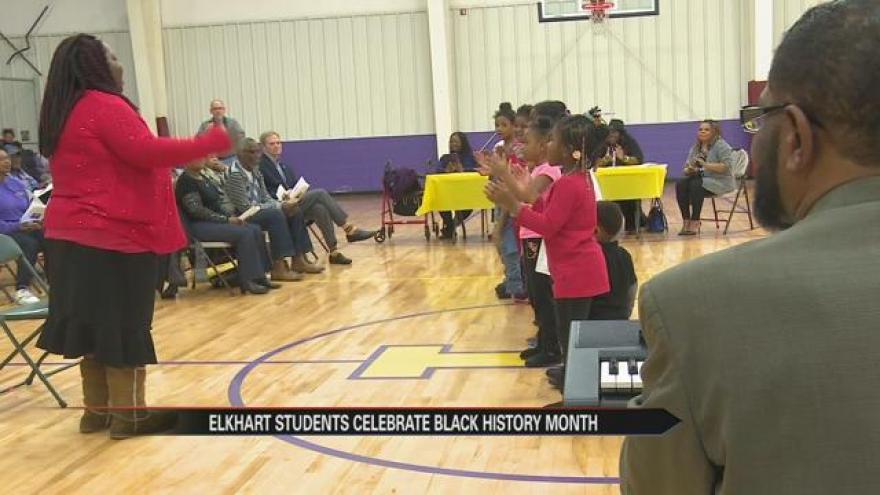 “Just because you’re black. That’s not a hold back, and that’s important,” said one Tolson Center mom, Amy Riley-Gilbert.

That’s a lesson from the center that teaches at-risk children to break through barriers every day.

Elkhart’s Tolson Center is telling its kids to be somebody great.

“We should be learning about black history all twelve months and letting our kids know that, hey, we’re important,” said Amy.

“It’s very much to me like Martin Luther King. He had a dream, but that was his dream. And so, we have our own dreams, and we need to expound on those, and that’s what i would like to see happen with our kids,” said Tolson Center Administrative Assistant, Dreama Coleman.

“Well hopefully, I’ll be in college. I want to go to university and be a basketball player,” said Tolson Center student, Shalentaoi Shorter.

13-year-old Shorter won the essay competition, where she had to write to her 20-year-old self.

“I think it holds them accountable to themselves, and that’s who you need to be accountable, not to other people, but to yourself,” said Coleman.

They hope teaching kids about their roots inspires them to build their own futures.

“That’s important, to know who they are and where they come from and what they can be one day, what they can achieve,” said Riley-Gilbert.

Mayor Tim Neese also spoke at the ceremony, thanking the center for giving Elkhart’s children a safe place to play, learn, and grow.