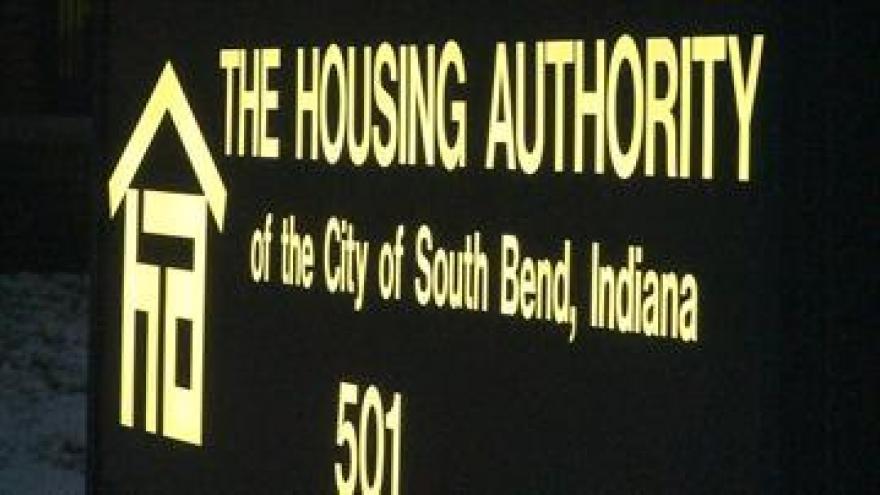 SOUTH BEND, Ind. -- It shook the South Bend Housing Authority to its core when several employees came forward with allegations of sexual harassment, misuse of power, and corruption. It ultimately lead to the resignation of then Executive Director Marva Leonard-Dent.

For months, Marva Leonard-Dent repeatedly dodged our questions about the allegations made against her. At the time, the former employees who made the accusations criticized the board for not putting Leonard-Dent on leave and investigating claims she sexually harassed two male employees.

“It is too early in the process for us and for our legal counsel,” said Rafael Marton.

Then, without warning, Leonard-Dent handed the board her letter of resignation.

“No the board did not ask her to resign,” said Earl L. Hairston.

When asked, the board refused to say if the allegations had anything to do with her decision to leave.

After Leonard-Dent's departure, more accusations surfaced. Officials within the housing authority were said to have misused federal funds and may have pocketed some of that taxpayer money.

Mayor Pete Buttigieg, along with the board of commissioners sent a letter to the U.S. Housing of Urban Development (HUD) asking for an audit of the department's finances. The formal request for an audit was made in February, just weeks before Leonard-Dent resigned from her position.

ABC57 News got a copy of that letter to HUD. In it, the mayor cited allegations that contracts were being awarded and monitored improperly. The letter goes on to state that money is being misspent and that the allegations are being taking very seriously by the mayor and commissioners.

Board members stay quiet about the pending HUD investigation saying their only focus was on finding a new executive director.

The board received nearly 70 applications. Seven months later, the search ended and George Byers was named executive director. All the while federal officials have been sifting through the agency's books with a fine-tooth comb.

When asked this month, HUD officials said the investigation was still on-going and therefore could not comment on it.

When Leonard-Dent vacated her position, both a state and federal lawsuit had been filed against her for one of the sexual harassment allegations as well as allegations of racial discrimination for firing an Asian-American employee because of her thick accent.

Despite all these allegations and pending lawsuits Leonard-Dent now serves as the Executive Director for the Niles Housing Authority. Two employees, who alleged they were forced out after reporting sexual assaults at work, are still fighting for compensation.

HUD officials say the investigation into the agency’s finances is still being reviewed.