Top stories of 2012: The trial of Dellia Castile 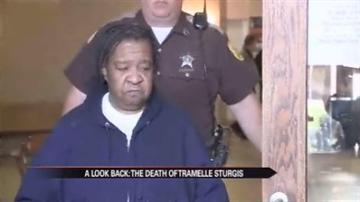 One of the top stories of 2011 was the death of 10-year-old Tramelle Sturgis at the hands of his father Terry Sturgis. During the investigation, it was uncovered that his grandmother, Dellia Castile, sat silent and let the abuse happen for years in her home. She went to trial in late 2012.

On the day of Tramelle’s death, his grandmother, Dellia Castile was consoled by family and friends.

It didn’t take long for investigators to uncover that she knew her three grandchildren were being beaten – and did nothing to stop the abuse.

One of the children said he woke up to Castile screaming the night Tramelle died. He testified she was yelling, ‘Why did you do it? I knew something was going to happen.”

According to the testimony, that’s what the child heard before they called 9-1-1 for help.

Another child said Castile would bribe Terry with money not to beat them. Castile also attended to their burns and bruises with cocoa butter, according to testimony.

On October 10th, the five day trial came to a close. The 53-year-old was found guilty.

After the verdict was read, Castile said nothing, just shook her head a couple of times.

On November 8th, Castile was sentenced to 50 years in prison for three counts of felony child neglect.

Family members say the other children are now living with family and are doing well.