Tornado touches down in northeast Illinois

Severe thunderstorms swept across northeast Illinois Thursday afternoon. The storms dropped hail, caused wind damage and even spun up a tornado in Illinois before dissipating in Lake County, Indiana. Residents in Morris and Sandwich, Illinois saw what looked like a tornado, but it was only a wall cloud, which did not end up forming a tornado. 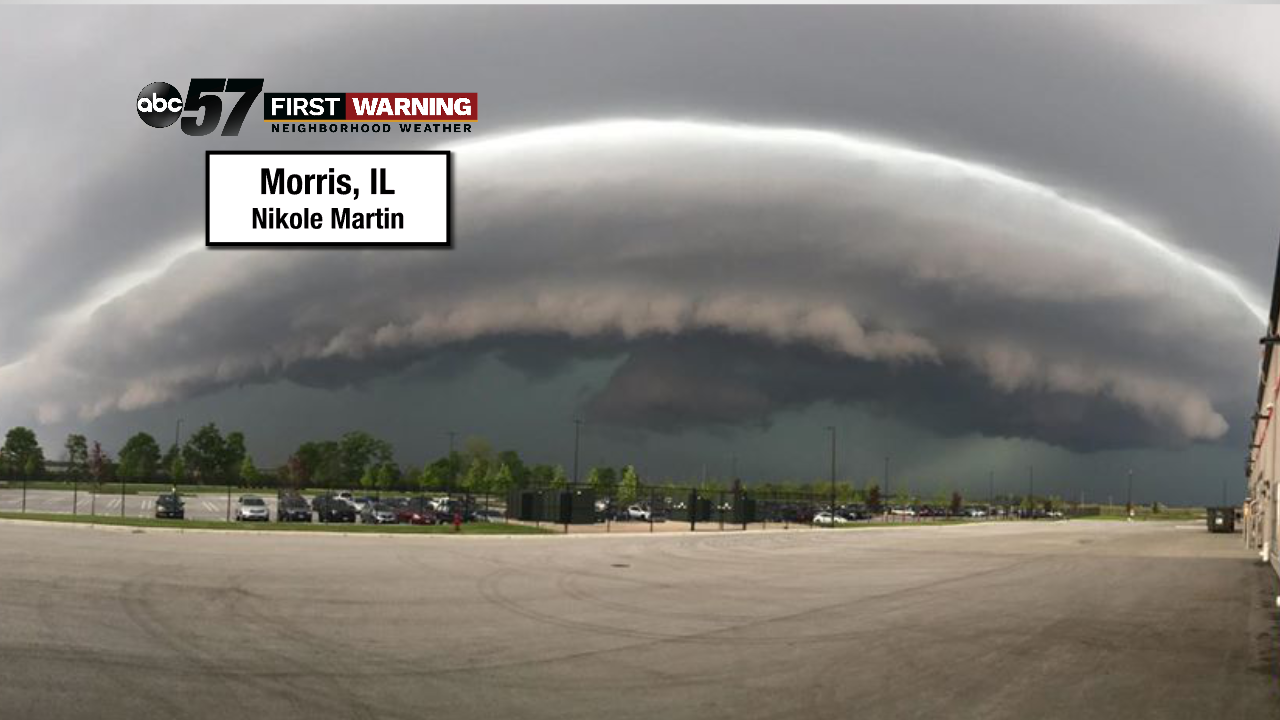 Wall cloud lowering from the base of a thunderstorm. 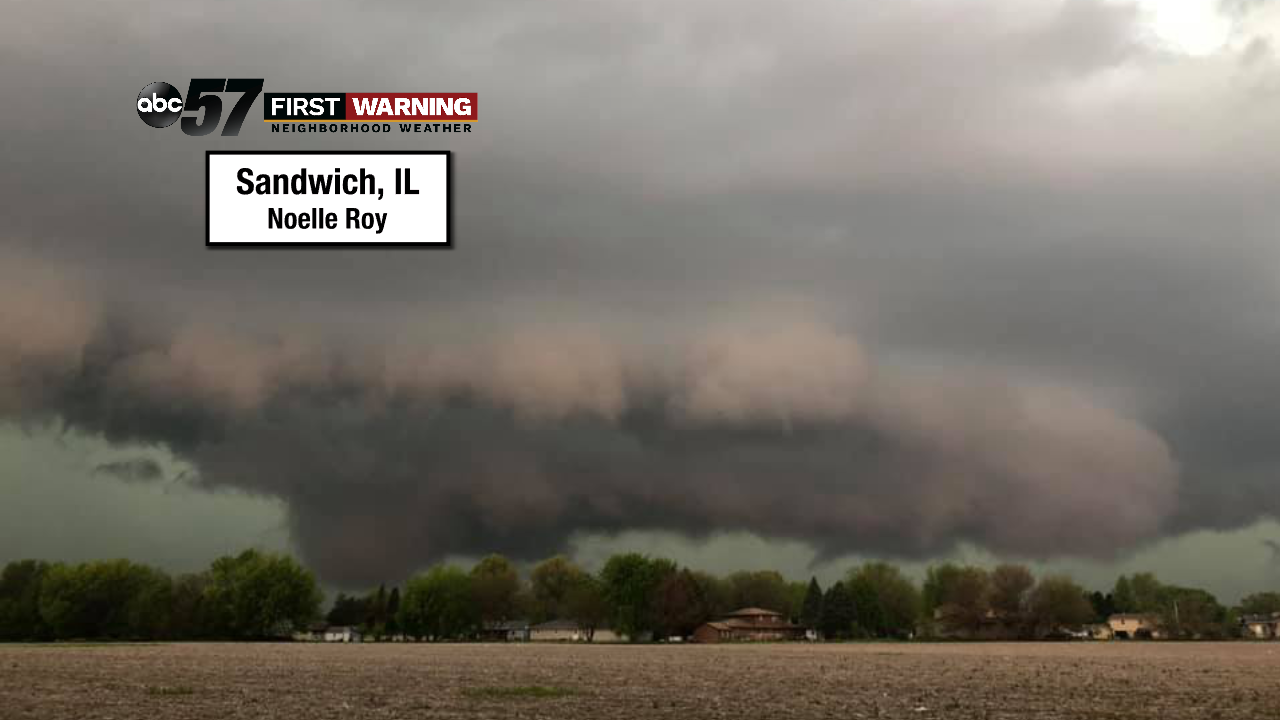 Wall cloud lowering from base of the thunderstorm.

A tornado did however develop just a bit southwest near the town of Sheridan, according to Lasalle County Emergency Management Agency. The image below shows the radar at the time of the reported tornado. On radar, we look for hooks in the front line of the storm, and this is usually where the winds spin up, creating a tornado. 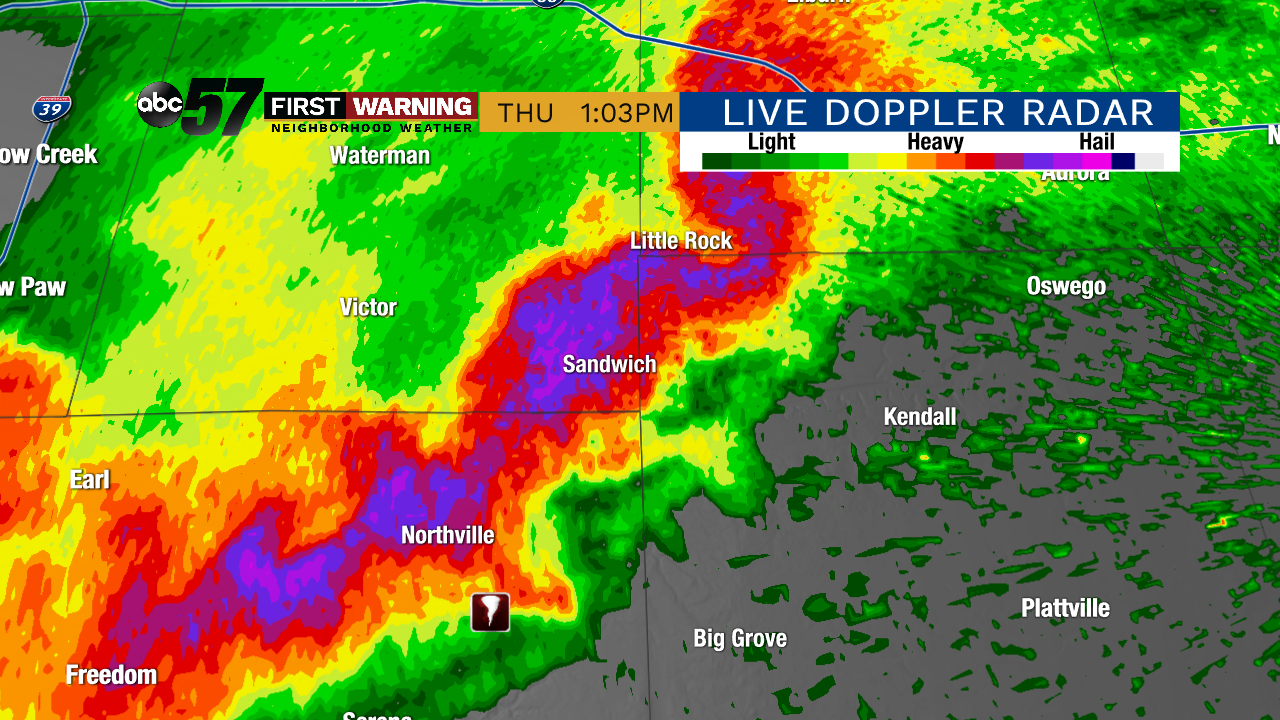 There was also a hook over Sandwich at around 12:53 PM, indicating rotation, but the tornado never formed.