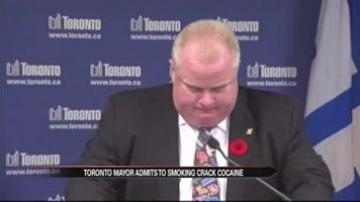 TORONTO, Canada -- The mayor of Toronto admitted to smoking crack cocaine after months of lying about it.

Mayor Rob Ford called a press conference Wednesday night where he vowed to keep his job.

Many thought he would resign but instead he offered an apology.

Marion Barry, a Washington D.C. mayor, was convicted in 1990 after being videotaped doing the same thing.

"It's tough to not be scathed at all but there is a path to come back and Marion Barry showed the way," said ABC News Political Director Rick Klein.

Toronto police say they do not have grounds to charge Ford with a crime.