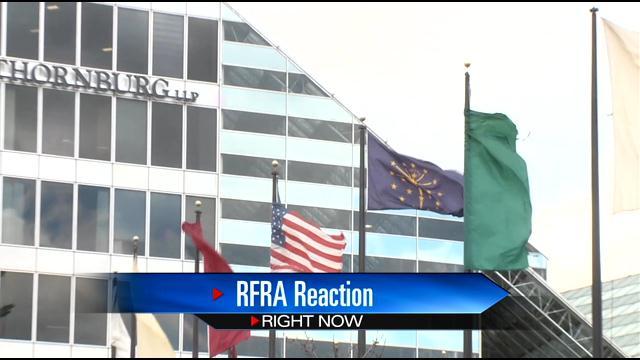 Businesses and those in the tourism industry in Indiana are worried about the negative impact the backlash concerning the Religious Freedom Restoration Act could have on the state's economy.

Tourism is the sixth largest industry in the state of Indiana.

With this controversial law gaining national attention some folks looking visit Michiana, may be thinking twice.

Some have threatened to not make the trip to the Hoosier state, a major concern in the state capital, as some convention organizers and entertainers are pulling out or threatening to not perform in the state.

If this happens in Michiana, DeCleene says this could turn into a nightmare.

His team has already fielded some emails from angry would be tourists.

"They're changing their vacation plans, one of them included, they decided they weren't coming last weekend for the big NCAA hockey tournament," said DeCleene.

ABC 57 news asked what they plan to do to avoid losing business in South Bend and Mishawaka.

DeCleene says this negative situation, could be a blessing in disguise.

"Perhaps after something like this we might even become more welcoming because people realize what a sensitive issue this is," said DeCleene.