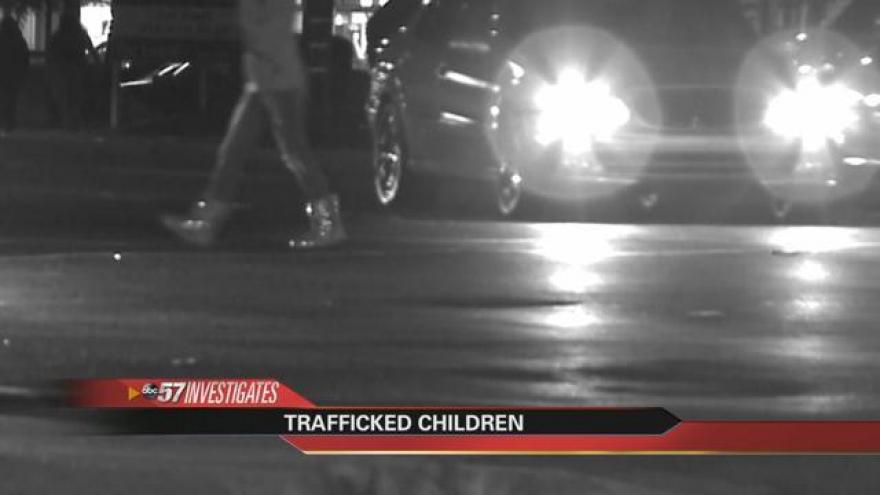 Human trafficking is reported to be a $150 billion a year industry that is second only to drug trafficking and equal to arms trafficking, according to the State Department.

The fastest growing illegal enterprise in the world, human trafficking encompasses both labor and sex trafficking and affects victims of all ages, races and religions.

Victims are most often hiding in plain sight, but under the influence of their traffickers that also come in every demographic, which makes them difficult to spot.

Considered by experts to be a global pandemic and an American epidemic that threatens the public safety of our country, human trafficking is happening in every community, large and small, in the United States.

Michiana is no different.

“There is a perception that ‘it’s not happening in my neighborhood,’ but we know that this is something that’s happening across the country. And it’s happening in larger cities and more rural areas. We just say, ‘if you don’t see it then you’re not looking for it,’” said Angela Aufmuth, program manager for the National Center for Missing and Exploited Children.

The number one population of sex trafficking victims in the U.S. are not foreigners, but U.S. citizens or legal permit residents.

More than 300,000 children are trafficked in the United States every year and of these, the average age is between 11 – 13 years of age, according to the National Center for Missing and Exploited Children.

Though the federal government’s law Trafficking Victims Protection Act mandates that any commercially sexually exploited child is a trafficking victim, states like Indiana that do not adopt Safe Harbor laws, like the TVPA, criminalizes the victim.

Victims who are not even the age of consent can be charged with prostitution and sent to juvenile detention.

Some say judges’ hands are tied because at the moment juvenile detention may be the safest place for these youth.

Experts at the Youth Opportunity Center in Muncie estimate there are only approximately 300 – 400 beds nationwide available to treat sex trafficking victims.

There is also no treatment protocol available to treat the few that do get a spot at a treatment facility.

The Youth Opportunity Center is slightly ahead of the curve.

YOC is one of a few places in the country, and the only place in Indiana, where child victims of trafficking can get help.

Children from Michiana, who have been victims of sex trafficking, are sent to YOC to receive services.

“We’re trying to create a program to work with these kids,” says Dr. Eubank.

She believes a protocol is needed because whether treatment providers are aware of it or not, they are probably already working with child victims of trafficking who need specialized care.

Until laws, treatment protocols and training of officials catches up with the hundreds of thousands of children that need help, experts say the best weapon against trafficking is educating the public on what to look for and what to do about it when you see it. Part of that is understanding what makes kids vulnerable.