Tree falls on woman and child 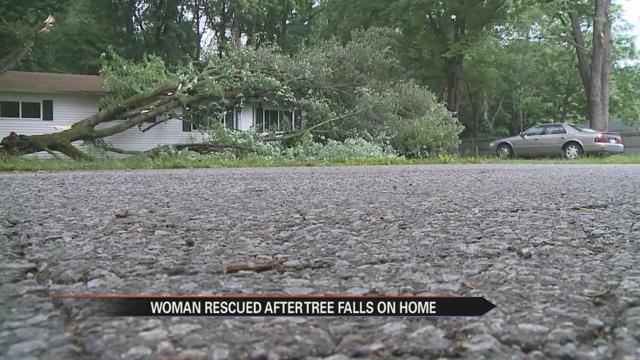 Firefighters rescued a woman after a tree fell on her porch as she was sitting on it with her child. Neighbors who live near Baker Street and Forest Road in Osolo Township heard the loud boom.

Doris Jean Tidwell said, "Big burst of wind and then the crash of the limb coming down. It was very loud!”

Tidwell said her neighbor was playing outside with a child when a tree came crashing down.

Tidwell said, “She was on the ground and she was really hurting. And then the ambulance came and took her to the hospital.”

Terry Hillman came out to look at the tree and see if lightning from afternoon storms brought it down.

Hillman said, “Probably the carpenter ants got it, and I came out here to look and sure enough you can see where the nest was.”

Hillman described himself as a tree hugger.

Hillman said the tree is decayed and the water weight from the rain probably added to the problem.

Hillman said, “You get a little bit of rain on the leaves and the rain weighs enough that it brought it down.”

Osolo EMS said the lady who was trapped under the tree is suffering from non-life threatening injuries.