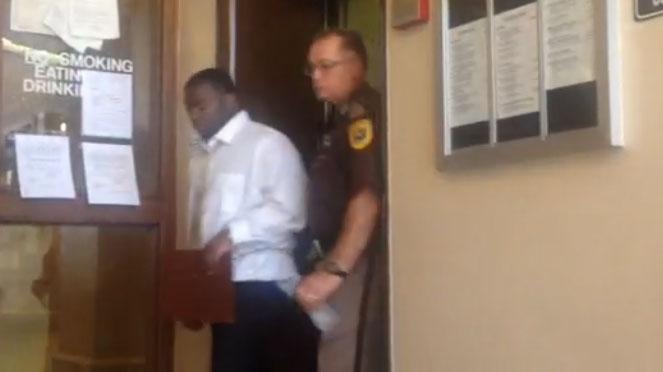 Johnson is accused of murdering Precious Jackson in June of 2015, in front of their child.

Police say he gunned Jackson down in broad daylight in a residential Mishawaka neighborhood.

Johnson is being represented by Charles Lahey.

One woman said she was friends with Jackson and felt she could not be impartial.

A few potential jurors said they were friends with members of the witness list.

The trial will continue Tuesday morning.

Witnesses will include family and friends of both the victim and the defendant.

A gun expert, Mishawaka officers, and members of County Metro Homicide will also take the stand.

Fronk warned potential jurors, some of the evidence may be disturbing.

The trial is expected to conclude Thursday.