Trial set to begin in burning death of Mississippi teen 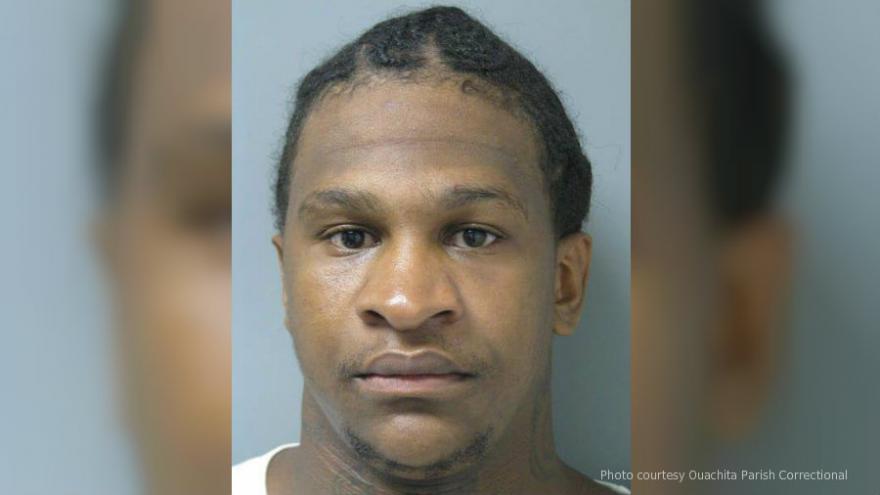 (CNN) -- A Mississippi man is expected to go on trial Monday in the 2014 burning death of 19-year-old Jessica Chambers.

Quinton Tellis, 29, faces a capital murder charge in her slaying.

The Courtland teen's mysterious death has haunted the small town of 500 in northwest Mississippi for nearly three years. Chambers left her mother's house in pajama pants on December 6, 2014, reportedly to clean her car.

When police found her later that night, she wasn't far from her mother's home. Her car was on fire, and Chambers had burns on more than 90% of her body.

She said someone set her on fire. When asked who hurt her, some first responders claim they heard her say a man's name. She was rushed to a hospital, where she died the next day.

Courtland and Panola County residents learned last year that Tellis, who was being held in Louisiana in connection with a crime involving another homicide victim, was to be indicted in Chambers' death.

District Attorney John Champion said at the time he was "very, very confident" there would be no additional charges or suspects in the Chambers case.

"We do feel like, at this point, that he acted alone in this case," he said.

The capital murder charge against Tellis opens the door for a death penalty case, but Champion said Wednesday the prosecution is not planning to seek the death penalty. The charge is capital murder because her death occurred during the commission of another crime: third-degree arson.

Tellis has pleaded not guilty. He declined requests for an interview.

Until Tellis' February 2016 indictment, investigators had released few details about how Chambers, a former high school cheerleader, and her car ended up severely burned in a wooded area near Courtland.

That could be because authorities had ascertained so little about her death until late 2015. Champion explained that police interviewed about 150 people, and each agreed to cooperate. That's odd in a case such as this, according to the prosecutor.

On four occasions, Champion said he thought the case had been solved, but he was wrong. Investigators received no information from their street sources, he said, and though authorities chased leads as far-flung as Tennessee, Iowa and eastern Mississippi, nothing panned out until they started taking a close look at cell phone and other data evidence.

Tellis was looked at early in the investigation, the prosecutor said, but he did not become investigators' focus until the fall of 2015.

"Things started to match up for us, and that's when we began to take a second look at Mr. Tellis," Champion said, adding that forensic evidence will be integral to driving the prosecution.

Jessica's father, Ben Chambers, a former mechanic with the Panola County Sheriff's Office, said he was in close contact with investigators throughout the investigation, and he witnessed their long nights, skipped vacations and the rings under their eyes.

"I've seen it day in and day out. The hard work they've done never stopped," he told reporters at the time of Tellis' indictment, a cap bearing the sheriff's office's logo atop his head. "They said someday it would come, and it did. They would not give up, and I take my hat off to them."

Ties to another homicide victim

Tellis was being held in the Ouachita Parish Correctional Facility in Monroe, Louisiana, almost a four-hour drive from Jessica Chambers' hometown, when he was indicted in her death.

He grew up in Courtland, and that's where, Champion said, he and Chambers became friends. They'd known one another for only two weeks at the time of the killing, according to investigators.

Tellis moved from Mississippi to Louisiana in the summer of 2015, the prosecutor said. Nearly eight months after Chambers' death, another young woman turned up dead.

Tellis pleaded guilty to the unauthorized use of an access card, which belonged to homicide victim Ming-Chen Hsiao, whom investigators identified as a 34-year-old University of Louisiana-Monroe student from Taiwan.

He was sentenced to 10 years in prison.

According to a probable cause affidavit in that case, Tellis used a bank debit card belonging to the missing woman on August 7, the day before The Clarion-Ledger reports her body was found, and then again on August 18 and 19, withdrawing $500 both times.

Authorities procured "photo evidence" and interviewed Tellis on August 20, at which point "he admitted to using the Chase Bank debit card on the three listed transactions and stated that he was the individual seen in the ATM photos," the affidavit said.

The authorities say Tellis remains the prime suspect in Hsiao's death, but he has never been charged in that case.

He was extradited from Louisiana to Mississippi to face the Chambers murder charge.

Following the probe into the debit card, police executed a search warrant at Tellis' Monroe home and discovered a quarter-pound of marijuana in his bedroom, packaged for sale.

The suspect "stated he sold marijuana for profit. Tellis was arrested and booked" on an additional charge of possession of marijuana with intent to distribute, according to the affidavit.

According to law enforcement, Tellis is a gang member with a rap sheet and has served time previously, but his gang affiliation does not appear to have anything to do with Chambers' killing, and drugs do not appear to be a factor in her death, Champion said.

Mississippi Department of Corrections records indicate Tellis was convicted of fleeing police in 2010 and sentenced to five years in prison. He was convicted of residential burglary in December 2011 and again in February 2012. He received sentences of four years and three years, respectively, on those convictions.

He was incarcerated in June 2011, according to court records. Tellis was released from a Mississippi correctional facility on October 2014 after serving time for the burglaries, Champion said. That's two months before Chambers was killed.

One of Chambers friends, Kesha Meyer, told CNN that she, Tellis and Chambers spent time together on the day of the blaze. But he denies killing her.

On December 6, 2014, Chambers was seen at a gas station about two miles from her mother's house. Her hair was in a bun, and she was wearing camouflage pajama pants.

She put $14 worth of gas in the car and called her mother, saying she would be home right after she cleaned her car, her older sister, Amanda Prince, told CNN.

A store surveillance video shows Chambers prepaying for gas. She walks to the store's front door when something or someone catches her attention.

She waves and walks off camera briefly, comes back into the camera's view and enters the store as three men chat by the doorway. She spends about a minute at the counter before going back outside and pumping gas.

The gas station owner who helped her said nothing seemed out of the ordinary.

"She seemed normal," Ali Alsanai told WREG in 2014. "She didn't seem like something was going wrong, you know? She just seemed normal. She just pumped some gas, we had a talk and she left."

Champion said he did not believe Chambers' visit to the gas station had anything to do with her death.

Chambers was found that Saturday night on a rural road near Courtland, her car on fire. She'd somehow fought her way out of the burning vehicle and was no longer on fire when emergency responders arrived, but she had burns on 93% of her body.

Asked who did it, she told first responders "Eric" or "Derrick," according to Champion. Not "Quinton."

It's a point the defense may seize on. However, police investigators learned from medical experts that burns in Chambers' airway may have impeded her ability to talk.

Chambers died in a Memphis hospital early the next day.