Truck crashes into restaurant in Mishawaka 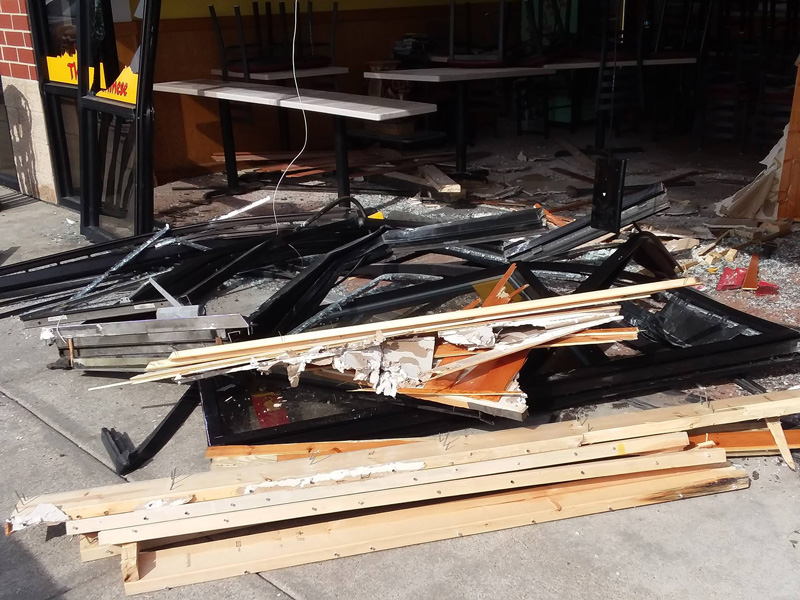 MISHAWAKA, Ind. -- A truck crashed into the front of the Taste of Asia restaurant in Mishawaka Saturday morning.

The restaurant will be closed for an undetermined amount of time, according to the restaurant's Facebook page.

They said they hope to be up and running soon and thanked their customers for their patronage.

Bill Kellems has owned Taste of Asia for over a decade.

He's never had to shut down his business for any reason, until now.

But on Monday, a sign, stapled to the front of his Mishawaka restaurant, read, "due to a truck driving through the dining area of our restaurant, we'll be closed.

Saturday morning, Kellems received a call explaining that the front of his business was unrecognizable.

Mishawaka police say the entire incident was a complete accident.

"When I got here the truck had already been removed I watched the video from our surveillance looks like they just turned right into the building without touching the breaks, policeman said the driver claimed she accidentally hit the gas instead of break, just glad no one is hurt that's the important thing, we'll rebuild," said Kellems.