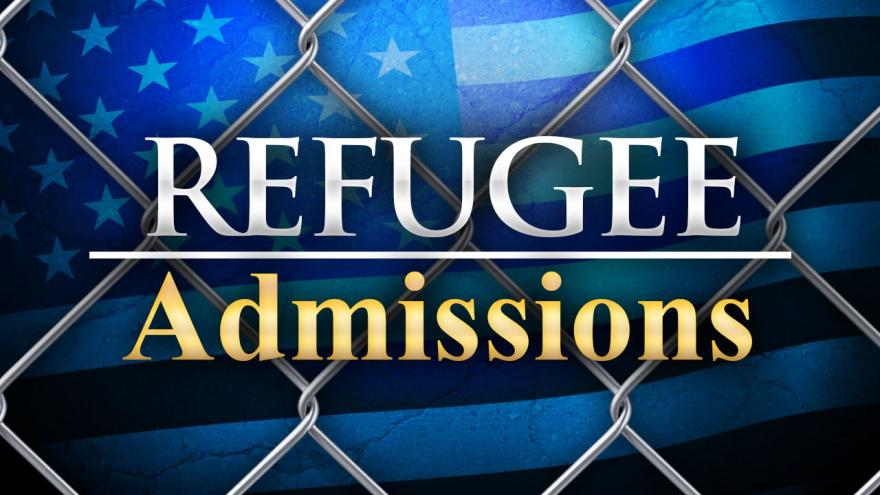 (CNN) -- The Trump administration will consider refugees' ability to assimilate and contribute to the US in addition to their need for protection, according to a report to Congress explaining the decision to admit the fewest refugees in a decade.

While the report does not say assimilation will be a primary factor, that it is a consideration at all is a major policy change from previous years, when the basis of the program was on the need of refugees for protection.

In the report, which was required by law to be transmitted to congressional judiciary committees and was obtained by CNN, the administration says it will work with the United Nations' refugee agency "to ensure that, in addition to referrals of refugees with compelling protection needs, referrals may also take into account certain criteria that enhance a refugee's likelihood of successful assimilation and contribution to the United States."

The State Department did not immediately respond to a request for comment on the shift.

The report details in part the administration's decision to set the cap for refugee admissions for the coming year at 45,000, with no customary "unallocated reserve" in case of unforeseen circumstances that would cause an uptick in need.

The new cap is the lowest in decades for the US refugee admission program and marks an especially steep decline from recent years. Last year, then-President Barack Obama announced the US would take in at least 110,000 refugees, up from 85,000 in the previous year.

But President Donald Trump has made clear that his administration would be less welcoming to refugees, and in his first days in office, he signed the controversial travel ban executive order temporarily halting refugee admissions. After a lengthy court fight that initially blocked the measure, the pause was allowed to go into effect except for refugees who could show a "bona fide" connection to the US, like a job or family.

The emphasis on "assimilation and contribution" is consistent with the Trump administration's efforts to scrutinize and in some cases limit overall immigration flow to the US. Trump has endorsed legislation that would dramatically cut the number of green cards given out in the US and limit those allowed to obtain permanent residency to largely highly paid, highly educated and English-speaking immigrants.

Trump and his policy adviser Stephen Miller have spoken forcefully in favor of "merit-based immigration," a system that evaluates would-be new Americans based on what they have to offer the US.

Still, that system of immigration has not been considered a part of refugee admissions, which is a program designed to welcome people in the world fleeing life-threatening situations.

In a welcome message for new citizens that Trump recorded and has been playing this month, he placed a heavy emphasis on becoming American, saying, "Our history is now your history, and our traditions are now your traditions."

"You now share the obligation to teach our values to others, to help newcomers assimilate to our way of life, and uplift America by living according to its highest ideals of self-governance and its highest standards," the President said.