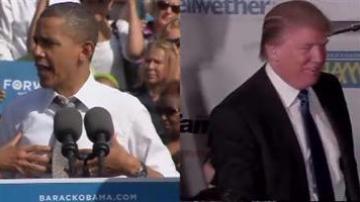 Donald Trump is planning to make what he calls a "big" announcement about President Obama.

He's been teasing it on Facebook, Twitter and to several news outlets. The business tycoon has been a very vocal supporter of Mitt Romney.

He's also been a huge critic of the president, challenging the validity of his birth certificate. Trump's announcement is expected to happen at noon on Facebook and Twitter.

Famed lawyer Gloria Allred is jumping on the Trump bandwagon.

Rumors are flying she also plans to unveil a secret about one of the presidential contenders.

This time she's after Mitt Romney.