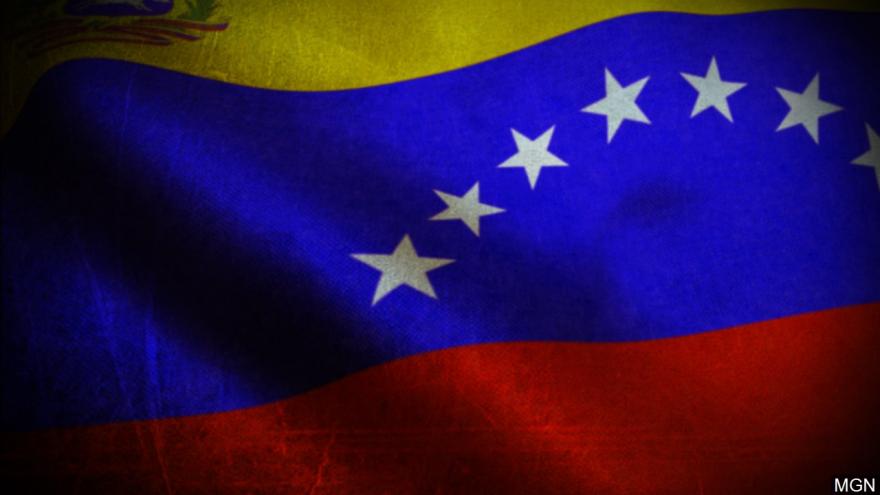 Treasury Secretary Steve Mnuchin and national security adviser John Bolton announced the sanctions against Petroleos de Venezuela, S.A. -- the parent company of the US-based Citgo oil company -- on Monday afternoon from the White House briefing room. The measure blocks about $7 billion in assets and would result in more than $11 billion in lost assets over the next year, Bolton said.

"The United States is holding accountable those responsible for Venezuela's tragic decline," Mnuchin said. "PdVSA has long been a vehicle for embezzlement, for corruption for Venezuelan officials and businessmen. Today's designation of PdVSA will help prevent further diversion of Venezuela's assets by Maduro, and will preserve these assets for the people of Venezuela where they belong."

The sanctions will be effective "immediately," Mnuchin said, and any purchases of Venezuelan oil by US entities would flow into blocked accounts -- money the US officials said would be released only to the legitimate leaders of Venezuela.

The oil sanctions represent the latest and most significant escalation of the Trump administration's pressure campaign aimed at ousting Maduro from power. President Donald Trump last week recognized Venezuelan opposition leader Juan Guaido as the legitimate interim president of Venezuela and the US has continued to ramp up pressure on Maduro to resign.

Maduro has presided over an economic and political crisis since succeeding Venezuelan President Hugo Chavez, with much of the country crippled by hyperinflation, soaring unemployment and a mass exodus of refugees.

Announcing the new sanctions, Bolton once again urged the Venezuelan military to abandon Maduro and recognize Guaido's legitimacy and said the US continues to keep all options on the table until Maduro transfers power to Guaido.

"We also, today, call on the Venezuelan military and security forces to accept the peaceful, democratic and constitutional transfer of power," Bolton said. "Now is time to stand for the democracy and prosperity in Venezuela."

The Venezuelan state-owned oil company was targeted in large part because it has been used as "a vehicle for embezzlement, for corruption" by Venezuelan officials, Mnuchin explained, and the sanctions will have the effect of ramping up the pressure not only on Maduro but on his inner circle who are also said to benefit financially from the state-owned enterprise.

In a news release announcing the sanctions, the Treasury Department noted that "a 2014 currency exchange scheme was designed to embezzle and launder around $600 million from PdVSA, money obtained through bribery and fraud."

"By May 2015, the conspiracy had allegedly doubled in amount, to $1.2 billion embezzled from PdVSA," the Treasury Department said.

The action stopped short of a full oil embargo against Venezuela, a step that the Trump administration has also been considering and could still employ at a later date.

The action announced Monday is expected to have a smaller impact on US gas prices than a full embargo would.

Mnuchin said he does not "expect any big impact in the short term" on the oil market.

"I don't expect that people will see an impact on the gas pumps," Mnuchin said.

But he declined to swear off an oil embargo down the line.

"As regards to an embargo, we're not going to make any comment on that today. We don't comment on future actions," he added.