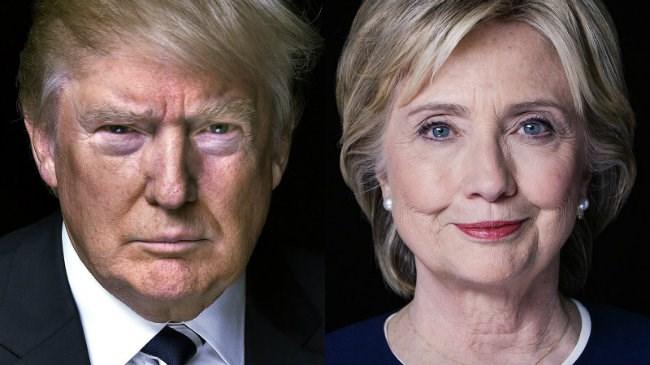 WASHINGTON (CNN) -- For Donald Trump, this was supposed to be a week in which he established himself as the only presidential candidate fit to serve as commander in chief.

But that's not working out so easily for the Republican presidential nominee.

Trump is back at the center of controversy following an NBC News forum Wednesday in which he praised Russian President Vladimir Putin, falsely asserted he opposed the Iraq War, seemed to criticize US generals, politicized nonpartisan intelligence briefings and stood by a tweet that implied military sexual assault is the result of women in the armed forces.

Hillary Clinton pounced on Trump's performance at the event, escalating the battle between the two candidates with less than three weeks before they appear on stage together for the first time to debate.

"We have never been threatened by a single candidate running for president as we have been in this election," she said at a news conference Thursday, arguing that Trump was treating the campaign as his own "celebrity reality TV program."

Trump responded by accusing his rival of trying to change the subject.

Indeed, Clinton struggled during the forum to fend off questions about her use of a private email server during her time as secretary. Though the moderator, Matt Lauer, has faced criticism for spending so much time on the issue, her responses also underscored the challenge she faces in moving on.

Trump and his campaign made clear Thursday they wouldn't back away from the candidate's performance at the forum. Trump continued to deny claims that he backed the Iraq War, pointing to an interview he gave with Esquire magazine in August 2004, over a year after the war started, when he said that the conflict was a mess.

However, in an interview with Howard Stern in September 2002 before the war began, he was asked whether he supported the idea of an invasion.

"Yeah, I guess so," Trump replied.

CNN's Jeremy Diamond asked Trump on Thursday about his comment in March 2003 that the recent invasion looked "like a tremendous success from a military standpoint."

The billionaire replied: "You know what I meant."

Meanwhile, GOP vice presidential nominee Mike Pence backed Trump's comments in which he suggested Putin was a better leader than President Barack Obama -- despite the fact the Kremlin strongman is accused of domestic repression and of seeking to check US power abroad.

"I think it's inarguable that Vladimir Putin has been a stronger leader in his country than Barack Obama has been in this country," Pence said in an interview with CNN's Dana Bash at the Reagan Library in California.

And as Trump faced criticism about Putin comments, the GOP nominee gave an interview to Larry King's program on RT, a Kremlin-backed cable news channel.

Trump demurred questions about whether Russia, which has been accused of being behind the hack of the Democratic National Committee, is trying to influence the US election.

"It's probably unlikely," Trump told King. "Maybe the Democrats are putting that out. Who knows?"

Another presidential candidate -- Libertarian hopeful Gary Johnson -- also spent Thursday trying to bounce back from a jaw-dropping moment in which he blanked on a question about how he would mitigate the carnage in the Syrian city of Aleppo.

"What is Aleppo?" Johnson asked during an interview on MSNBC's "Morning Joe."

Clinton had her own shaky moments at the forum. She was plied with questions about her private email server, seemed defensive and unwilling to abide by time constraints on her responses.

For Clinton, the challenge ahead is deciding whether cloaking herself in the conventional mantle of experience and sobriety distinguishes her from Trump but might not jibe with public anger at the Washington establishment.

She described herself at the forum as offering "steadiness. An absolutely rock steadiness" mixed with "strength to be able to make the hard decisions."

She sought to move forward on Thursday as the popular website Humans of New York published interviews in which Clinton spoke candidly about perceptions that she can sometimes come off as "cold or unemotional," describing her struggle to control her emotions without seeming "walled off" and speaking in personal terms about what it's like to campaign as a woman.

"Sometimes I think I come across more in the 'walled off' arena," she said. "And if I create that perception, then I take responsibility. I don't view myself as cold or unemotional. And neither do my friends. And neither does my family. But if that sometimes is the perception I create, then I can't blame people for thinking that."