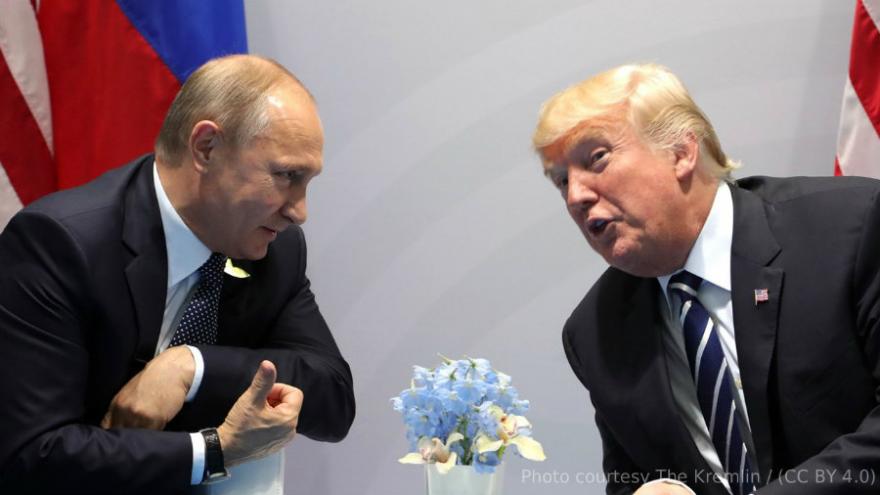 (CNN) -- President Donald Trump on Friday called the investigation into Russian meddling in the 2016 election "one of the great hoaxes," and denied anything they did aided his victory.

"Are there any Russians in the audience, please?" he asked.

In a jab at rival Hillary Clinton for losing a key state, said he "didn't see many Russians in Pennsylvania."

"Honestly, it's the thing they did best," Trump said of Democrats. "They did a rotten job of running, but they convinced people about this hoax. That was probably the thing that they did best, but it was one great hoax."

"I don't have any doubt" that Russia was behind these activities, Clapper told CNN's Jim Sciutto in July. On the suggestion anyone other than Russia tried to influence the 2016 election, Clapper stated: "That's news to me. We saw no evidence."

And six intelligence leaders -- including Trump's Director of National Intelligence Dan Coats and CIA Director Mike Pompeo -- were asked by lawmakers on the Senate intelligence committee whether they agreed that Russian intelligence agencies were responsible for hacking and the leaking of information to influence the US election. All six said yes.