Trump praises Pence -- and takes credit for his debate performance 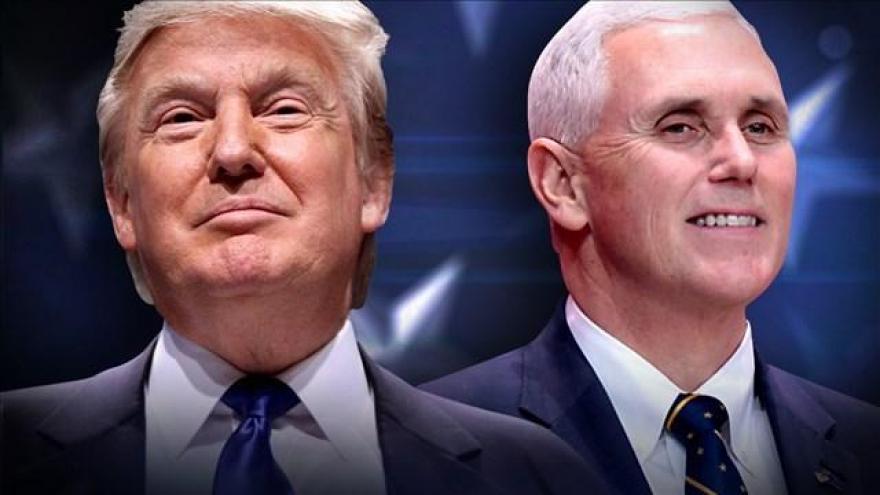 "Mike Pence did an incredible job and I'm getting a lot of credit because this was my so-called first choice, that was my first hire as we would say," Trump said during a rally here.

"I'd argue that Mike had the single most decisive victory in the history of presidential debates," Trump added of his running mate.

Earlier on Wednesday, Trump said during a campaign stop at a Christian private school that he was "very proud" of Pence's performance.

"He won, he won on the issues, somebody said he won on style -- the style doesn't matter -- the issues, the policy matters. He's getting tremendous reviews from me and everybody," Trump said.

Trump's praise follows reports that Trump was upset about Pence repeatedly dodging opportunities to defend him during the debate.

Pence repeatedly denied that Trump had made certain controversial comments or simply shrugged them off when vice presidential nominee Tim Kaine raised direct quotes Trump has made.

And a longtime friend of Trump's who spoke with the billionaire after his widely criticized debate performance last week said "what I worry about is him hearing Hillary Clinton and Mike Pence are better debaters than him. That isn't what he likes to hear."

Pence, for his part, dismissed reports that he had overshadowed Trump with his strong showing at the debate in an interview Wednesday with conservative radio host Rush Limbaugh.

"Donald Trump called me right after the debate to congratulate me and we actually talked a couple times last night," Pence said. "I'm very encouraged that some people think I won, but really I'm just telling you ... from where I sat Donald Trump won. He really did."

"In less than 10 years now they will have nuclear weapons," Trump said of Iran, despite the fact that Iran's nuclear enrichment program is effectively frozen for the next 10 to 15 years, with additional restrictions remaining after that period of time.

Trump also slammed President Barack Obama's signature health care law and argued that the President should apologize for enacting the controversial legislation, which Republicans have repeatedly sought to repeal and which even the White House has conceded needs additional reforms to improve.

And stumping in Nevada, which is home to the highest number of undocumented immigrants per capita, Trump also hammered his hardline immigration policies, vowing to build a wall on the US's southern border and tackle crime committed by those who have entered the country illegally.

To drive home that message, Trump invited members of the Remembrance Project to join him on stage, a group that represents the families of Americans killed by undocumented immigrants which argues for draconian immigration policies.