Trump to rally in Michigan during White House Correspondents' Dinner 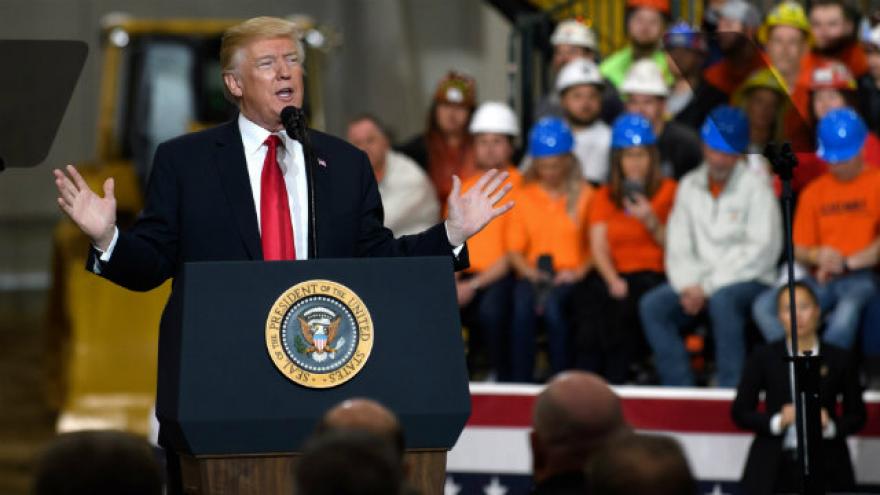 (CNN) -- President Donald Trump will be in Washington during this year's White House Correspondents' Association dinner -- Washington, Michigan, that is.

The Trump campaign announced on Tuesday that the President will hold a campaign rally in Washington Township on Saturday, April 28, at 7 p.m. ET, during the annual dinner put on by the association representing the White House press corps.

This will be Trump's 11th rally in Michigan, as well as his fifth rally in the Detroit area, since he announced his candidacy for president back in June 2015, according to his campaign.

"While the fake news media will be celebrating themselves with the denizens of Washington society in the swamp that evening, President Trump will be in a completely different Washington, celebrating our national economic revival with patriotic Americans," Trump campaign chief operating officer Michael Glassner said in a release.

However, many members of the Trump administration are slated to attend the dinner as invited guests. Margaret Talev, the president of the White House Correspondents' Association, issued a statement last week saying Trump will not attend the dinner, but added that "he will actively encourage members of the executive branch to attend and join us as we celebrate the First Amendment."

Talev also said press secretary Sarah Sanders will be seated at the head table during the dinner.

This is the second year in a row that Trump has held a campaign-style rally in place of attending the White House Correspondents' Dinner. Last year he spoke in Pennsylvania, another battleground state that he won in 2016, during the annual event.