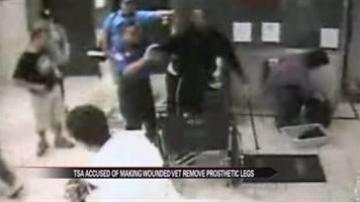 PHOENIX — Airport safety screeners in Phoenix are drawing criticism after they allegedly forced a Marine to take off his prosthetic legs.

The 22-year-old veteran who lost both legs in Afghanistan said a TSA agent asked him to remove them for screening.

A fellow Marine who witnessed the incident called the who experience humiliating.

However, they said they plan to expand their guidelines to make the process more simple in the future for wounded veterans.