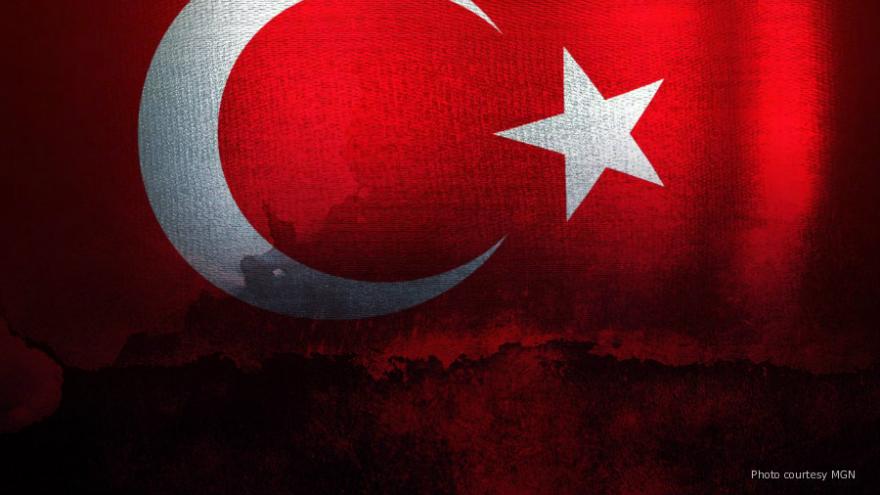 Turkish forces entered the Afrin area in an attempt to drive US-backed, Syrian-Kurdish YPG militia from the area last month.

Five Turkish soldiers were killed when a tank was destroyed by a missile in Sheikh Haruz, northeast of Afrin, Turkish state media reported.

Footage of the attack, released by the militia's media center, showed a speck of light flying across a field, hurling toward a distant target. Moments later, a tank explodes in a powerful ball of orange flames.

Turkish armed forces said a sixth soldier was killed near the border town of Kilis, and another died in an undisclosed location fighting militia forces, Anadolu reported.

Turkey launched "Operation Olive Branch" on January 20 with the aim of ending the US-allied militia control of Afrin and the surrounding region along the Syrian-Turkish border. Turkey has long wanted to establish a safe zone: a 19-mile-wide strip of land in Syria along the border that Turkey helps control.

In Ankara's eyes, Syrian Kurds are virtually indistinguishable from Kurdish separatists in Turkey, a group it has long considered terrorists. The Kurdish YPG control a large chunk of northern Syria, so a safe zone would create a buffer along the border.

The risk to US relations

Turkey's high-stakes incursion in Afrin risks inflaming tensions even further with its NATO ally, the US, which is funding the very group Turkey is trying to defeat, the Kurdish YPG, in the fight against ISIS.

Erdogan has also slammed the US plan to back a border protection force for Kurds in northern Syria in an effort to train and equip them to keep ISIS from coming back in, calling the effort "building an army of terror," according to Turkish state media.

A call for cooperation

"This is an operation against a terrorist network that claims to represent the Kurds, which is far from the truth," he said.

Kalin cited Amnesty International in pointing out that the PYD/YPG has committed war crimes by razing villages and forcibly removing local communities from their native lands.

He said the operation aims to remedy the situation and facilitate the return of Syrian refugees to their country.

"The primary goal of the operation is to clear Syrian territories of all terrorist groups," he explained, saying Turkey has fought against ISIS and cooperated with its allies in eliminating ISIS terrorists. "It is deadly wrong to think that the PKK does not pose a threat to Western countries and therefore should be seen as Turkey's problem."