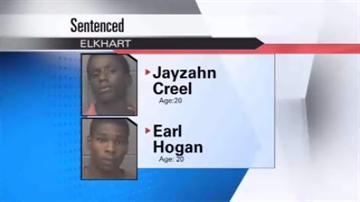 The robbery happened during the summer of 2012 in Elkhart.

They say the men stole from her as her two young children watched in fear.

Police say they held a gun to her head and pulled the trigger but the weapon did not discharge.

Two other defendants in the case have pleaded guilty and are waiting to be sentenced.