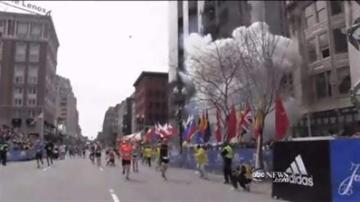 BOSTON – There were two explosions Monday afternoon near the finish line of the Boston Marathon. The explosions killed two people and more than 100 were injured.

The explosions happened on Boylston Street at 2:50 p.m., hours after the top runners passed the finish line, but before all the runners had finished.

The first explosion happened at the Marathon Sports Running Store. The second happened about 100 yards away at nearly the same time.

Nearly two dozen people from Michiana participated in the race.

During a press conference, the police commissioner announced there was a third explosion at the JFK library. Later it was determined to be an electrical fire and unrelated.

Officials have asked people who are visiting Boston to stay in their hotel rooms, and advises people not congregate in large groups.

Hotlines have been set up for family members or with tips related to the investigation.

There were two bombs that exploded near the finish line in today's Boston Marathon. We are working with law enforcement to understand what exactly has happened.