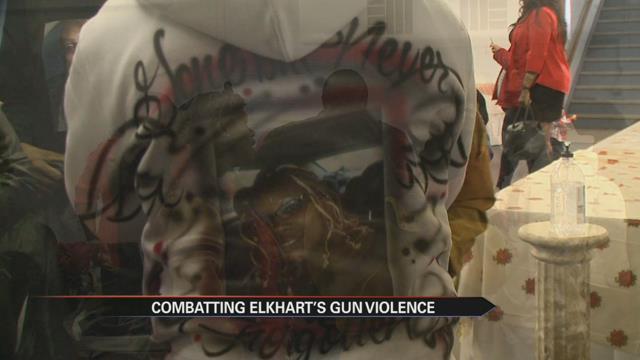 Two victim's of gun violence put to rest in Elkhart in just two days. On Friday, a funeral for Norman Gary at Agape Missionary Baptist Church. On Saturday, family and friends of Teketa Hixson came together, at the same church, to cherish their memories and hope for a better tomorrow.

Teketa Hixson’s family members say it’s time to reach out to the youth  and help combat what’s happening in our own backyards.

“They don’t run to mom and dad anymore because they have a bully outside, they run to the pole as they would call it , which is a gun,” said Dionell Hill, Teketa’s friend.

“Why can’t the gun violence stop, why is it steady going on? It needs to stop. What’s the point of shooting people?” asked Teketa’s daughter, Amairyia Johnson.

Both family members losing a loved one on November 30th when Teketa Hixson was shot and killed by a 14-year-old boy.

The family told ABC57 the 14-year-old was a family friend and because of an argument he pulled the trigger killing Teketa.

Then the family gave their perspective on what they think is going on in Elkhart.

“Put your foot down, stop being scared of the youth. Children run the households, students run the schools! It’s backwards,” said Hill.

Hill says far too often youth settle disputes by taking a life and has seen that increase over the years.

“Here at Agape, a lot of kids are going to the grave.  It used to be a time when you came to Elkhart and it was a surprise to see the violence that goes on,” he said.

Family members say gun violence is heartbreaking, but it’s more than just that.

Family members say in order to fix this we have to give  the youth a reason to be better. We have to spend some time with them because  the time spend with the youth might be the a life saved in our community.