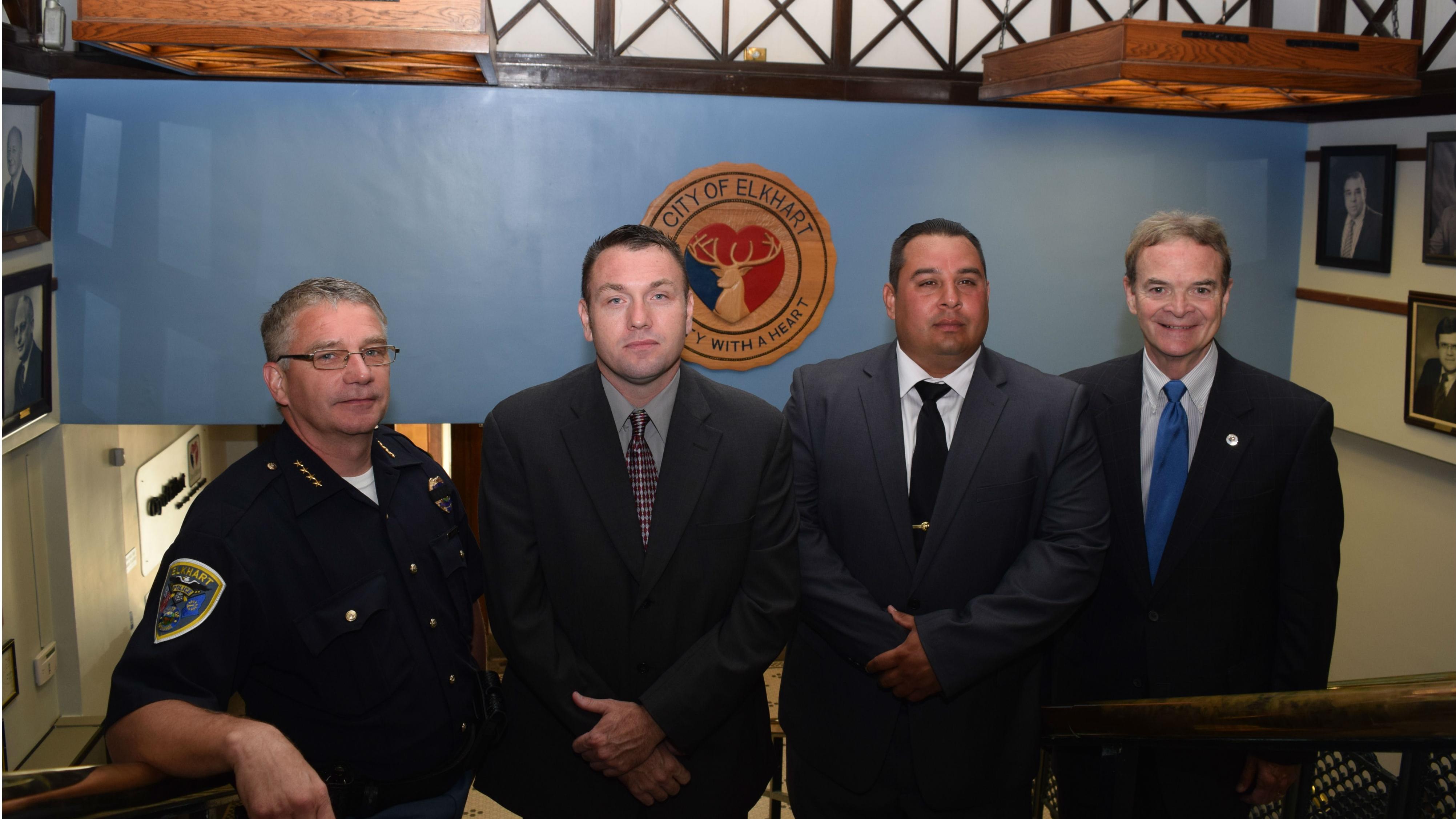 The hiring of the two new officers happened during the Board of Safety Meeting with Mayor Tim Neese.