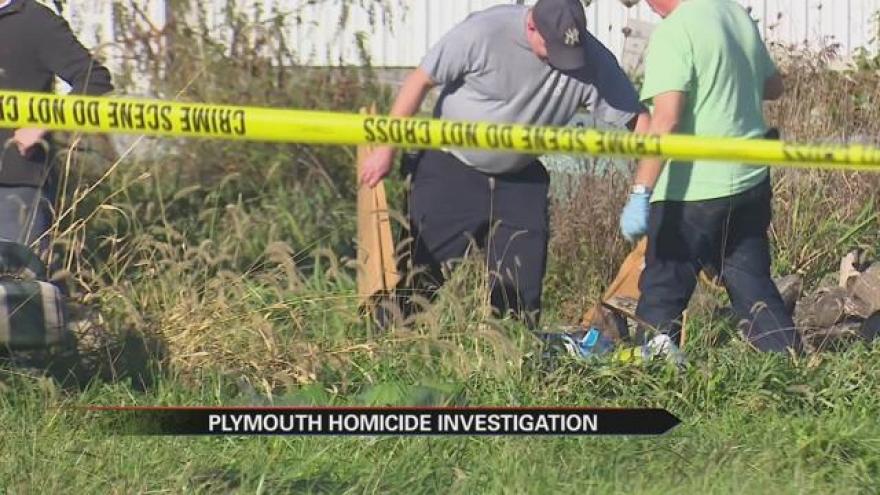 Officials have been working constantly on the scene of the homicide in Plymouth, for just about two days. Investigators came to the 15000 block of Lincoln Highway around 2 p.m. Saturday afternoon, when they found a decomposing body.  They did not clear out from the residence, until just before 3 p.m. Monday afternoon.

But their hard work has paid off.

19-year-old Maeson Coffin and 18-year-old Gauvin Monaghan are still in custody at the Jefferson County Jail in Watertown, N.Y.  There, officials located Paul Costello's stolen car, after Monaghan engaged in a high-speed chase.  Monaghan may face additional charges in New York, due to that chase.

They are being charged with auto theft, and according to officials in Marshall County, they are the main suspects in a homicide that took place at Costello's home.  The Marshall County pathologist completed the autopsy Monday morning in Logansport, however, the victim has yet to be positively identified.

ABC57 was able to get in contact with Costello's brother, who did say they believe him to be "the best."  But the family is asking for their privacy at this time.

But as the investigation continues, ABC57 is digging deeper into the backgrounds of the suspects. One of those teens, Coffin, calls Plymouth home.

Coffin was a student at Plymouth High school, up until the spring, when he dropped out.

It is the same school district where Costello served as a school and sports bus driver for 22 years.

"He was very close to graduating, we thought he would come back this year, and would be fifth year senior," says Tyree. "But he did not come back."

It's a tight knit-community, and an even closer school district, with just under 4,000 students from K-12.

The investigation is hitting the Plymouth family hard.

"I think students are probably bewildered because they knew the bus driver some of them, some of them knew the student," says Tyree. "Since they haven't made a direct statement yet on who the body belonged to, I think they're probably still in disbelief."

Disbelief from teachers too, who just didn't see any of this coming.

"I did talk to a teacher this morning," says Tyree. "He said he got himself into trouble a few times, but he never did anything that would make me think he would be involved with a murder."c