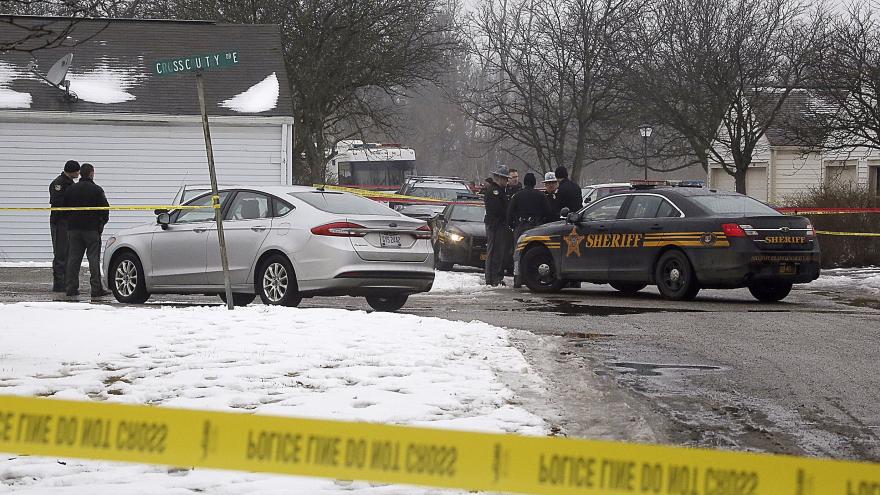 The officers were investigating after a caller dialed the 911 dispatch center and hung up. They came under fire when they responded to the address connected with the call.

The officers' names have not been released. Police will hold a news conference Saturday afternoon.