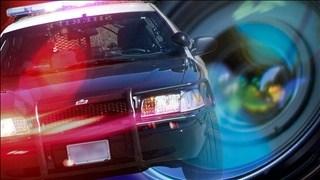 Two Ohio teens on the run have now been apprehended by law enforcement, and

authorities have technology to thank for the capture.

The On-star feature on the stolen car that the, 15 and 16-year-old suspects, were reportedly driving dialed police.

The vehicle was stopped in West Virginia, where the teens led police on a brief chase.

The two are wanted on several charges, including armed-robbery, but they have not been charged as adults.