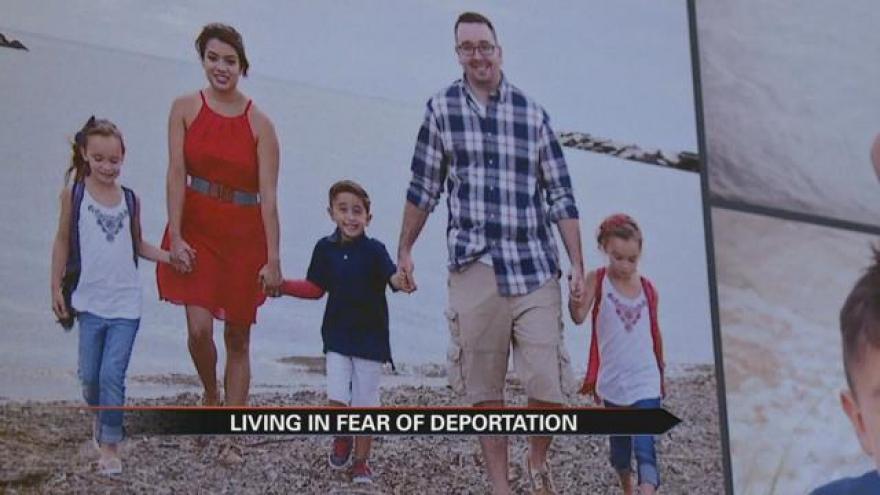 While policies under President Donald Trump have created stricter barriers for new immigrants, it’s still unknown how he will handle the policy that protects undocumented immigrants who were brought to the country as children.

Deferred Action for Childhood Arrivals, DACA, was implemented in 2012 under Obama’s administration. It enables certain undocumented immigrants to get work permits and defer deportation.

Esmeralda Verde was brought in to the country from Mexico when she was 11-years-old.

She says her mother was a single parent who simply wanted to provide her kids with a better life but Verde was not able to get a passport.

Verde says she remembers some things from her time in Mexico, but Michiana is her home.

“Everything that I’ve ever known is here,” says Verde.

She found a community in Elkhart. She succeeded in school, made close friends, participated in sports and volunteered at church.

Verde says she didn’t feel restricted by her immigration status until she started college.

“When I was at IUSB that’s when it was a realization: what is the point of having a degree when I’m not going to be able to work?” says Verde.

That changed when she was approved for DACA in 2013. She was able to get a driver’s license, health insurance, and a job at a retail store.

Verde and her husband Josh Grose live in Granger with their three young children, who are all U.S. citizens.

While she’s still safe from deportation for the next year, it’s unclear what will happen to the program and the people it protects under the new administration.

“I feel like I’m living a dream and someone is just going to take me out of that dream very easily,” says Verde.

Grose says while they try to shield their kids from talk of deportation, their 7-year-old twins are exposed to it at school.

“One day they came home and said ‘President Trump wants to send you back to Mexico and I want my mommy.’ A kid shouldn’t have to worry about any of that they should just be kids,” says Grose.

Verde says she understands vetting immigrants is important but worries getting rid of DACA would do more harm than good.

“If they are criminals are they going to follow the rules? No. So the people you’re going to affect are the people who are just trying to make a good life. To be citizens and help out and do what they’re supposed to do,” says Verde.

Verde and Grose are working with a local immigration attorney Michael Dunham on their case.

For those concerned about their immigration status, Dunham suggests reaching out to an attorney or a non-profit that provides immigration advice.