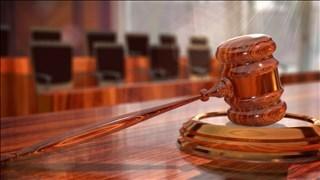 By NANCY LOO AND ERIK RUNGE

Chicago, IL (WGN) - About a dozen union and community groups announced today they will march with the Chicago Teachers Union in solidarity during their one day walkout on April 1.

The union voted Wednesday to approve the work stoppage. Chicago teachers and other employees plan to picket schools and march downtown.

Union leaders say the teachers are shutting down the schools to push for a new funding plan.

Chicago Public Schools administrators are gearing for a fight. They say the walkout is illegal.

But the teachers argue recent maneuvers by the district have given them the legal authority to walk off the job.

The walkout comes as the Union and CPS continue contract negotiations. Back in February, the union rejected an offer that would have forced pension concessions.

With a $480 million budget hole, the district and the union are hoping for relief from state lawmakers in Springfield.

"We need funding from Springfield. We need Governor Rauner to get off of his anti-union turnaround agenda and get a budge done," Lewis said.

In a statement he said: "We're particularly disappointed that the CTU leadership has given Governor Rauner more ammunition in his misguided attempt to bankrupt and take over Chicago Public Schools."

Unions at local universities and various other organizations will join CTU for its day of action walkout.