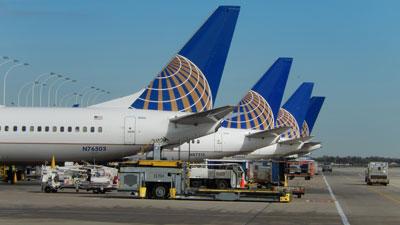 NEW YORK (CNNMoney) -- United Airlines wants to make long distance flying a dream -- or at least a chance to get a good nap.

The company revealed a luxurious new business class cabin Thursday that focuses on sleep -- which United said is the "single most important priority" for international travelers.

"International business class for all the carriers is a big, high-margin product," said Oscar Munoz, the United Continental CEO who made his first public appearance Thursday after undergoing a heart transplant in January. "And it's usually the business traveler that has to attend a business meeting the next morning or day -- and so the concept of sleep, that aspect is really important for them."

The news comes during turbulent times for United. Its stock is down more than 21% so far this year as the airline has struggled to keep up with competitors.

In the new cabins, dubbed "Polaris," each passenger will have a "pod" that fully reclines into a 6' 6" bed with adjustable back support. Other lavish amenities will include a 16-inch TV, a bedding collection from Saks Fifth Avenue, mattress cushions, slippers, gel-cooled pillows, eye shades, and a lavender pillow mist.

Even pajamas will be available on flights longer than 12 hours.

The in-flight menu will include "regionally influenced" dining options, custom ice cream sundaes, wine flights, cocktails -- and some flights will have free hot snacks, like lobster macaroni and cheese.

Munoz took the helm of the struggling airline in September amid a scandal that ousted former CEO Jeff Smisek and reports of a disgruntled workforce. He admitted Wednesday that the company "has a long way to go...upgrading planes, club experience, mobile app, and yes, even our coffee."

Many of these investments won't have near-term payoffs for shareholders, but Munoz said there's already a "new spirit" among customers and employees.