We have not warmed up to 60 Degrees in Michiana since October 14th, over two weeks ago, despite the fact that the high temperatures for most of October should be in the 60s.

Although we started out the month with a few days in the 80s, cooler than normal weather has been dominant this month. 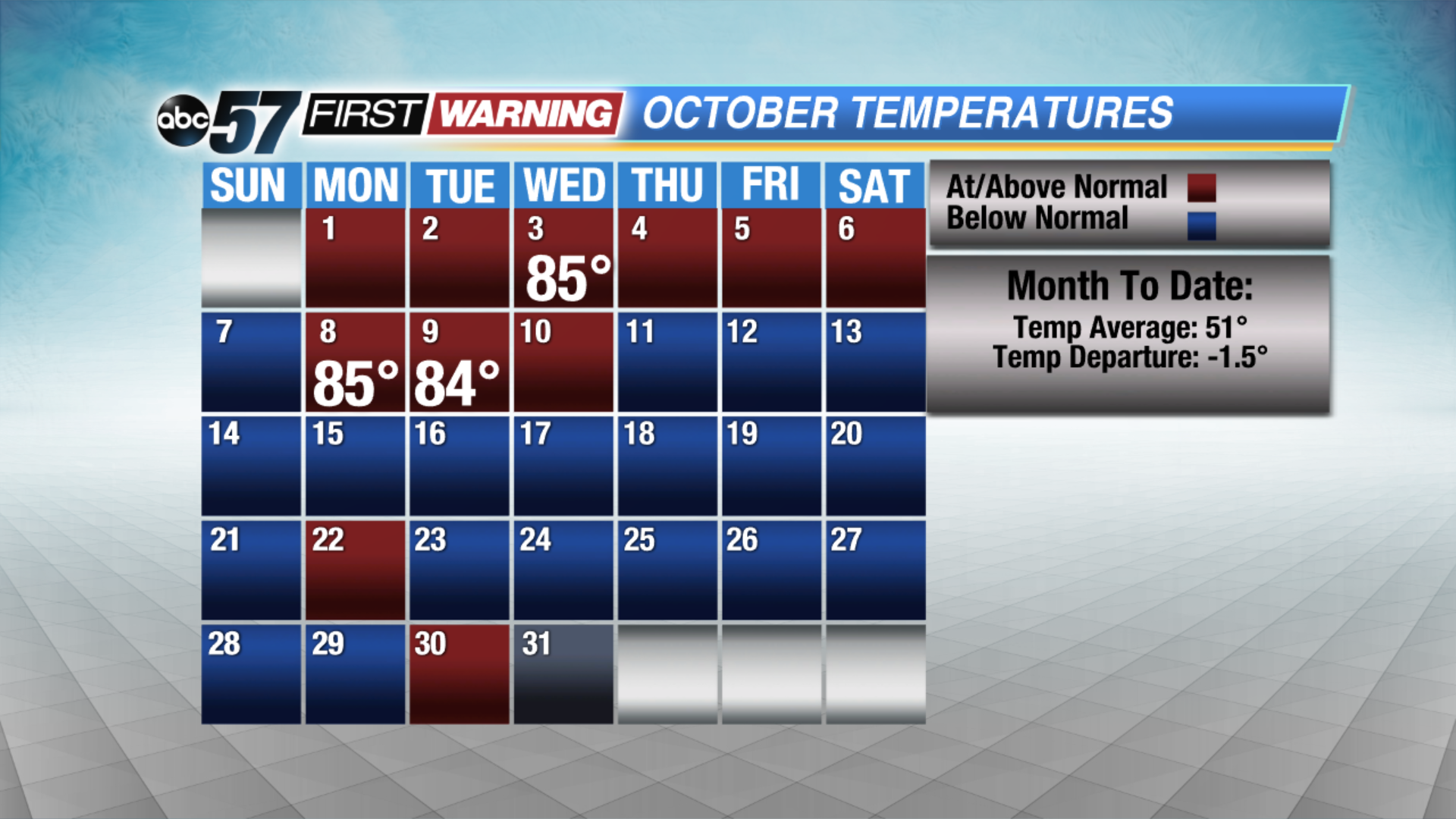 Specifically over the past two weeks, temperatures have averaged seven degrees cooler than normal, making it the 9th coldest end to October on record. Temperatures this cool are typical of November 4th through 17th here in Michiana. 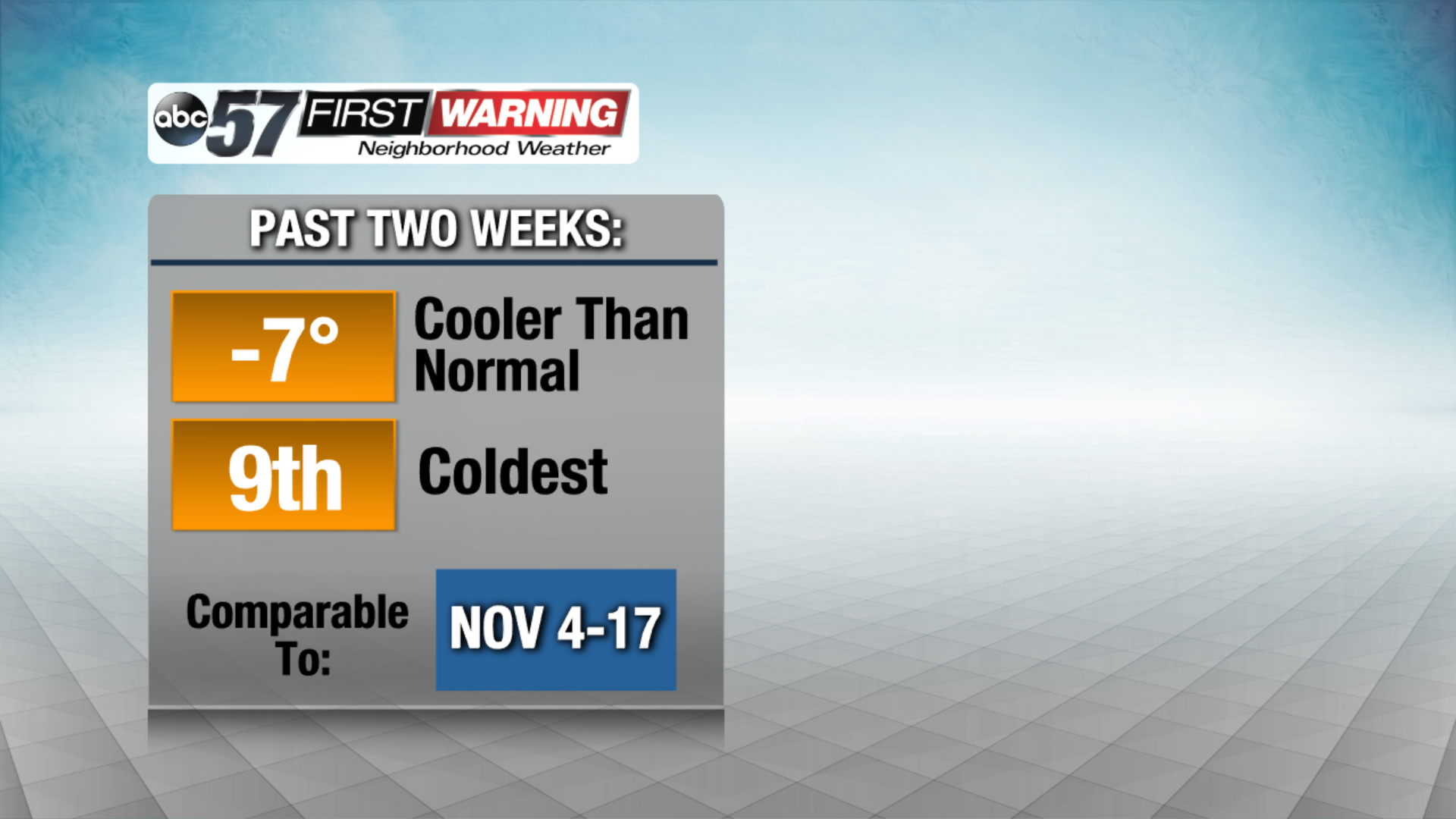 From another perspective, the temperatures we have had over the past two weeks are comparable to the norm in Houlton, Maine, the far northern tip of the United States. 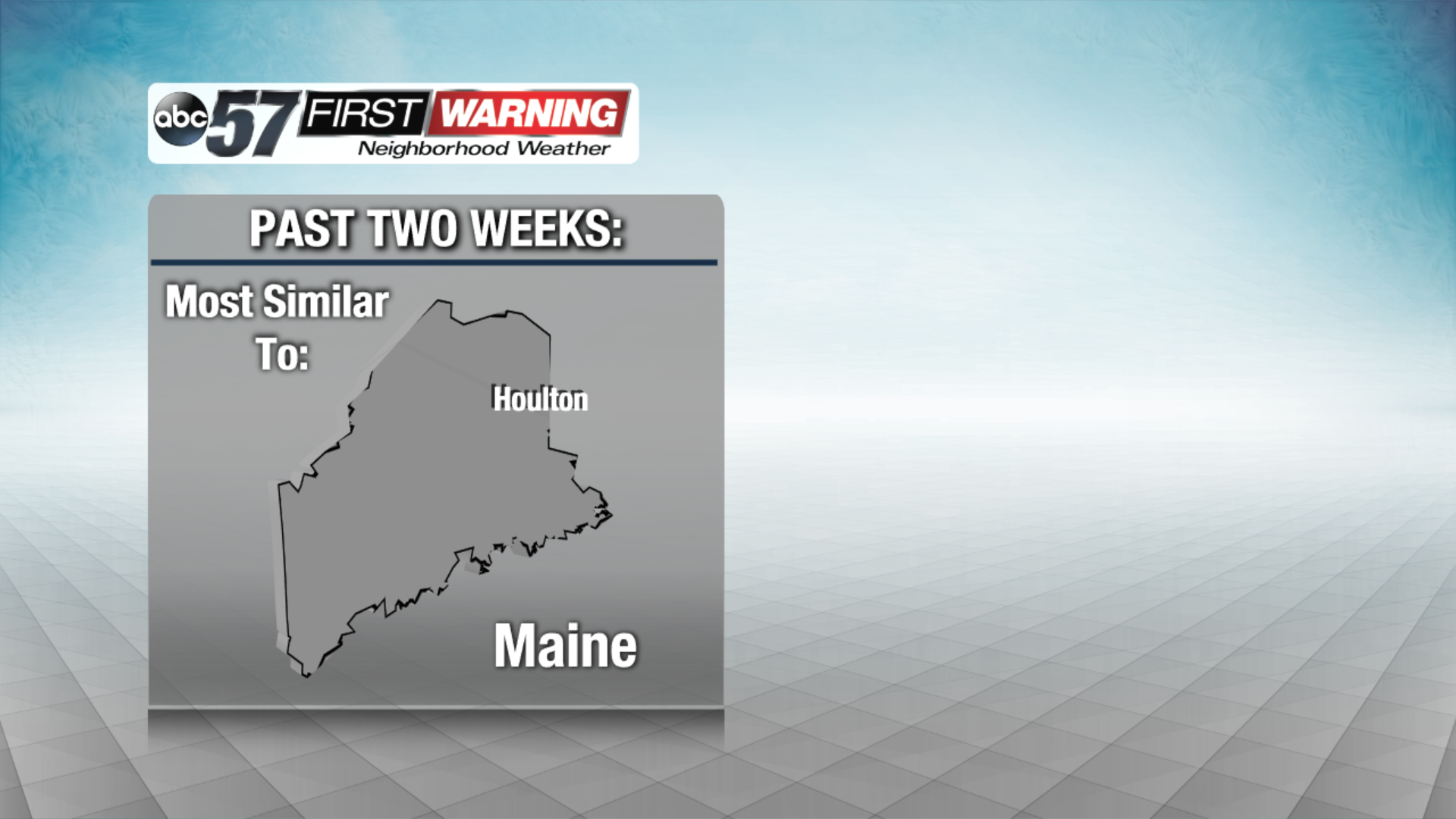