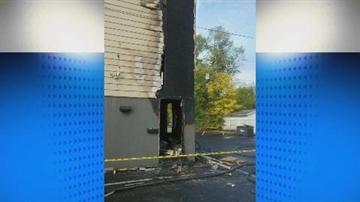 ELKHART, Ind. - Crews were called to the scene of a fire at an Elkhart laundromat.

The fire started just after 6:30 a.m. Tuesday at the Hart City Laundromat at the intersection  of Franklin and Union.

One woman, who received burns from the knees down was flown to a Fort Wayne hospital. Another woman suffered smoke inhalation, she was transported to Elkhart General.

We're also told one man, who lived in an apartment, was able to get out safely and a firefighter rescued another woman from the burning building.

We'll bring you the latest as more info becomes available.