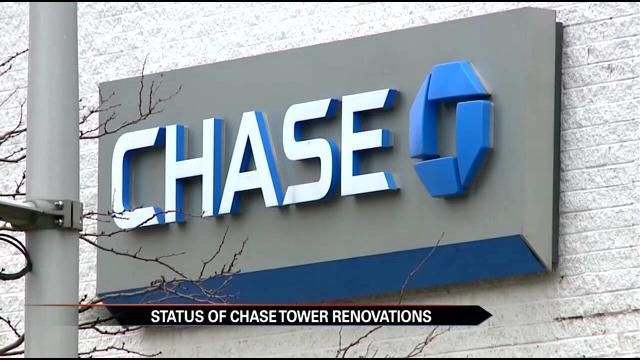 Nearly two months ago, tenants in South Bend's Chase Tower were abruptly told they needed to vacate that building in thirty days.

In an e-mail sent to ABC 57 news on January 19th, we were told that the new owner of that high rise on West Washington wanted to address urgent repairs and within thirty days wanted to prepare for a complete rehab.

Many who are still in the building said off camera they are frustrated.

One even said after the renovations are completed you couldn't pay them to bring their business back into the building.

Major renovations are set to transform the tower, and it's clear to see that the building is in need of some TLC.

Some issues include leaks, old carpeting, and elevators which are slow and shaky.

Angela Brister, the spokeswoman for the Bradley Company, the real estate company that manages the Chase Tower, said that occupants are still moving out and the efforts to redevelop the property are still on going.

Many tenants have moved into the Commerce Building just a few blocks away.