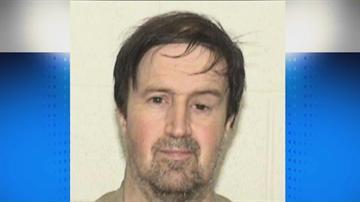 SOUTH BEND, Ind. -- Convicted killer, Robert E. Lee, 57, is behind bars again after officials with the Department of Corrections say he violated his parole.

His arrest comes two months after he was released from prison for murder.

South Bend became his new home after an outraged public pushed him out of three different towns.

The state's good time credit law may have allowed Lee to serve only half his sentence and get out early for good behavior, but there is catch.

If convicted felons, like Lee, violate the terms of their parole, the Indiana parole board can choose to have them serve the remainder of their sentence as a punishment.

So, for Lee that means he could be put back in prison until October 2029.

The 30-year-old's body parts were found in trash bags in the woods. Still to this day, no one has found her head or hands.

Within a year of her murder, investigators arrested, charged and convicted Lee.

Later a judge sentenced Lee to a the maximum of 60 years behind bars.

"If you stay out of trouble and do your time without any major issues, then you're going to get out in half your time," said Charles Bowen the North Region Director of Parole Services.

That is exactly what Lee did. He was released after only 26 years for good behavior and for completing two degrees.

However, because of the gruesome nature of the crime, Lee was relocated three different times after his release -- all because other communities did not want him.

That is how Lee landed at the Department of Correction's work release facility in South bend.

"Though he is free to come and go, we do know where he is at," said Bowen. "I can tell you where they are at and how fast they are going."

Bowen and his parole agents monitored Lee daily, tracking him and many of their parolees using GPS.

That is how the DOC learned of Lee's possible parole violation.

Lee caught a ride with someone he did not know and according to the terms of his parole, hitchhiking is not allowed.

The South Bend facility then made a report and submitted it to the Indiana parole board, who then issued a warrant for Lee's arrest.

"He does one year of parole in good standing and he is done. His sentence will be completely discharged," said Bowen.

If the parole board finds Lee guilty of the parole violation he faces reprimand. The parole board could even decide to sent him back to prison to serve the remainder of his original 60-year sentence. Which means, with good time credit, he would have to go back to jail for 17 years.

Within 10 days, the parole board must hold a probable cause hearing. However, Lee has waived that hearing.