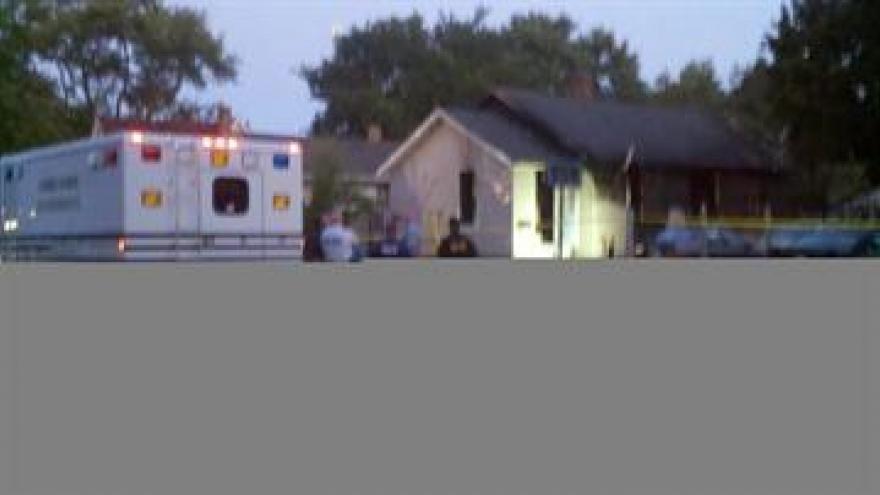 According to Elkhart Police it all started at 1:46 AM on the 1800-block of Mediterranean Avenue.  That’s when Police discovered woman inside her home stabbed multiple times and a juvenile also had a minor injury.

"I just saw a couple cop cars show up and there was an ambulance that showed up and I didn't think nothing of it, because of the neighborhood, this is a nice neighborhood," said Branden Smith who lives near the home.

Smith only knew the family living at the home for a short time, his children played with the three children who lived in the home. But, he didn’t know their names.

Police said three people were found dead inside the home. The father, Jose Guadelupe and his two sons Ricardo, 12, and Aldolfo, 7, never made it out. Neighbors said they believe the boys were sleeping when the fire started.

Neighbors said the mother Maria Aguilar and the two daughters escaped the fire.

The 1100 block of Grant Street turned quiet during the day on Monday after investigators left the scene.

The only sound along the street was that of cars creeping by to check out the scene. Neighbors, too, silently walked by the house to get a look at what just hours earlier was engulfed in flames. Many of them are still in shock over the death of three on their street.

Altie Kern and her granddaughter Alicia Albrran stood outside of Kern’s house watching as the fire truck pulled away and people boarded the windows of their neighbor’s home.

Kern said she’s live in the neighborhood for some time. “I’ve been here since ‘71,” said Kern, but she’s never seen anything like the events of Monday’s blaze.

“Lot of popping, yelling, and people running, it wasn’t a good sight to see,” said Kern.

Kern said the family has lived across the street from her for almost eight years. Albrran said she’s been close friends with the household for a couple years.

The victims had a full household. “Herself, her husband, her four kids and a nephew, as far as I know, lived there,” said Albrran.

Albrran only had good things to say about the family who just lost so much. “They’re really nice, really sweet. (They) helped you in any way possible,” said Albrran.

She said she hadn’t gotten hold of Aguilar just yet, but she hoped to see her soon. “Just going to go and try to comfort her. See where she’s at,” said Albrran.

Kern said she just wants Monday morning to be the last time she sees chaos like that again. “I just hope I never have to go through this again seeing anything because it’s bad that the little ones got burned up,” said Kern.

Investigators believe the crime spree continued with a second stabbing on nearby Whitfield Court at 3:14 AM.  Another woman was stabbed multiple times.  Neighbors were awoken by police cars arriving on scene.

"I woke up…see lights and hear sirens,” described Julie Johnson who lives next door to the scene.  “I was shocked; I was like, ‘what's going on?’"

Johnson and her mother spoke to officers who were putting up crime scene tape around their neighbor’s apartment.  The officer’s told them to stay inside and gave them a few details about what had happened.

"She was stabbed several times… (somebody) bashed in the sliding glass door,” Johnson explained.  “It's just a scary incident."

She said she didn’t know her neighbor well but knew that children were living in the apartment.

"I hope she gets better, I hope she's alright for the kids,” Johnson explained.  “I mean it's really scary for the kids."

After the Whitfield Court stabbing police believe the spree continued.

Officers chased the car until it ended up in a field on the 28000-block of County Road 28.

“The vehicle caught on fire by unknown means,” the police press release explains.  “The occupant of the vehicle was found deceased in the vehicle.”

The Elkhart Police Department wouldn’t comment beyond their press release, saying there’s a lack of information in the case.  Police are seeking tips from the public, anyone with information is asked to call 574.389.4777.