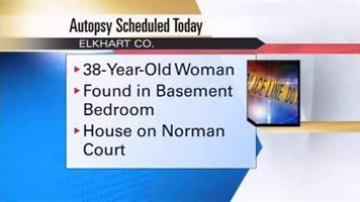 ELKHART CO., Ind. -- We now know the identity of a woman who was found dead inside of a home in Elkhart County.

The coroner performed an autopsy on the body Friday afternoon, but the cause of death has not been determined. Police said further tests are needed.

Deputies discovered Avila-Claros' body on Thursday in the basement of a house on Norman Court.