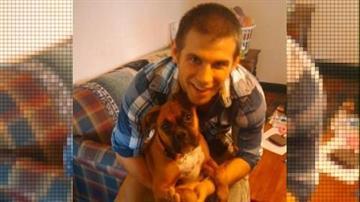 PIPESTONE, Ind. –  Hit and possibly run over by a car, those are the results of an autopsy of 21-year-old Tyler James Carr. Carr was killed over the weekend at a party in Berrien County.

According to investigators Carr’s ribs, chest, and heart were injured when a car struck him sometime Saturday night or early Sunday morning.

Now they are trying to piece together the clues to determine if the death was intentional or accidental, and if the driver of the car knew they had hit something or not.

Carr’s body was found in a field next to a home on Faiview Road, Sunday morning. There was a party on the property the night before.

Investigators have talked to several drivers of vehicles at the party and are narrowing down the list of potential cars that may have been involved in the death.

They have also talked to the drivers, though no one has been named as a suspect and no arrests have been made as of Monday night.

Investigators are still treating this as a death investigation and say it will be up to the prosecuting attorney whether any charges will be filed.

That won’t happen until detectives are finished with their investigation; which, according to Berrien County Undersheriff Chuck Heit, they hope to have completed in the next 48 hours.

In the meantime, a candlelight vigil for Carr is being planned for Tuesday night, with a viewing tentatively scheduled for Wednesday afternoon and his burial Thursday morning.

Carr’s family continues to struggle with the suddenness of the young man’s death; and perhaps more so with how he died.

Their first question is how it is possible for a sober person to hit someone hard enough to kill them and not realize it. “They obviously knew that they did something wrong. You can’t just hit a body and not know what the hell you’re running over. It just doesn’t make sense,” said Britany Carr, Tyler’s older sister.

Then there is the fact that Carr’s body was lying just feet from a bonfire, and yards from a barn where up to 50 people were attending a party according to investigators. “I just I can’t believe it, I can’t wrap my mind around it,” said Sara Carr, Tyler’s younger sister.

According to a post on a social media site, someone actually found Carr’s body hours before the authorities were notified, and innocently teased that they tried to wake him up but left him there thinking he had drank too much and passed out. The poster obviously did not realize Carr was dead, because after it was released that he was the victim, the post was removed.

But the poster may not have been the only one who made the same mistake. The rural area is pitch-black at night and it is possible others may have overlooked the body as well.

Now the Carr family just wants to make sure investigators have all the pieces of the puzzle and; are pleading with anyone who was at the party and has not already talked to detectives to contact them immediately. “The last moments of his life are being put together with that information,” said Sara Carr.

The body of Tyler James Carr, 21, was found Sunday morning in a field not far from a home on Fairview Road in Berrien County. According to investigators, there was a large part at the location the night before.

Investigators with the sheriff’s office, Coloma police department, and the Michigan State Police combed the area for evidence.

Much of the evidence was around Carr’s body and in the street in front of the home.

Undersheriff Chuck Heit, released some information about the investigation but was tight lipped about details.

Shortly before investigators removed Carr’s body from the field, family members showed up at the scene.

The family had many questions about how Carr died, but investigators could not give them the answers they were looking for due to the investigation.

Family members had heard rumors a fight had broken out at a large party, and that Carr was killed.

At first they said they could not believe Carr was dead, and tried to call his cell phone.

They described Carr as funny and caring, always ready to protect or come to the aid of his sisters and mother.

His Facebook profile name included the words ha ha, which he would seemingly add to the end of every post.

Carr also wrote of his desire to move west and coach wrestling; Carr was a wrestler himself.

In high school, Carr racked up 150 wins and went to state competitions on two occasions.

His coach Steve Eisen was shocked at the young man’s death. “[We] just lost a young man that had great potential in life,” said Eisen, “it’s just a loss that’s hard to get a grip on.”

Carr’s family continues to struggle with it as well, refusing to believe that he had anything to do starting a fight at the party last night.

According to his sister and cousin, it’s more likely he would have been trying to stop the fight instead. “I’ve never, ever seen him get in a fight; I’ve never seen him try to start a fight with anyone,” said Britany Carr, his older sister.

And rumors of how he died have upset his family greatly. “I hate whoever did this to him, if it was the result of a fight; and I just hope everything gets figured out and everything is brought to justice,” said Britany Carr.

Carr was close to finalizing plans to join the Navy, according to family. He was living and working in Kalamazoo at the time of his death.

According to the family, Carr hadn’t told them he was in town or attending the party, though the family knows the people who own the property the party was on.