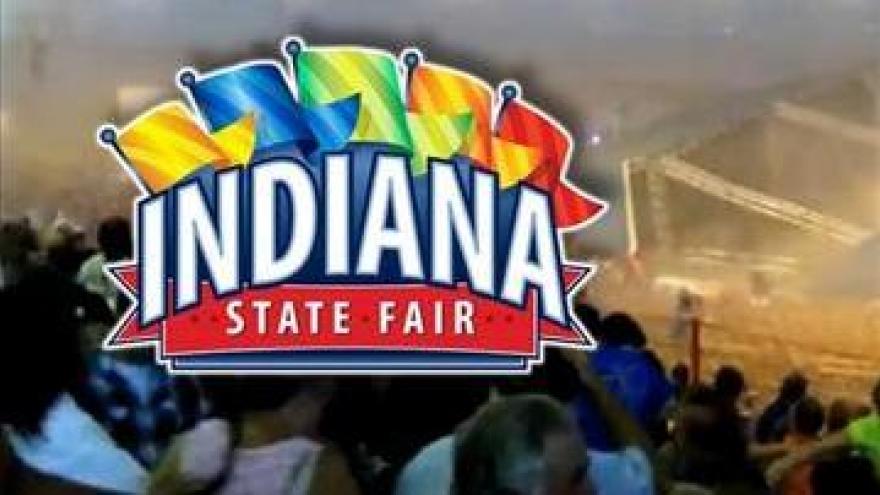 La Porte, IN - Tammy Vandam of Wanatah was one of the seven killed in the tragic stage collapse at the Indiana State on August 13th.  Kenneth Allen, attorney for her estate, filed a multi-million dollar wrongful death lawsuit last week. But, on Tuesday he filed another suit at the La Porte County Courthouse.

“Even though the state has made representations it’s going to preserve evidence, we’re not going to accept their representations,” Allen explained.  “We want a court order, we want the evidence preserved, we want to protect it so that a jury can hear the truth.”

Allen said promises from the state don’t mean much to his clients after the tragedy at the fair ground, where he says the state made a promise to keep people safe.

“Ten days later, we know that that promise was shallow, it was hollow, it was meaningless,” Allen explained.

“Right now, the wrongdoers are in possession of all of the evidence of their fault.  Now, how is it that you allow the fox to guard the henhouse,” said Allen.

An attorney appeared on behalf of the State Fair Commission and the state of Indiana.  He contended that the state isn’t in control of the evidence beyond using the Indiana State Police to guard the scene.  He stated that a Chicago-based engineering firm has been contracted to conduct the investigation and the site has been open to engineers from various law firms and insurance agencies, including the insurance agent for the band Sugarland who was set to perform just before the collapse.   But, Allen alleged that it’s still improper for a state agent to be in control.

The attorney for the state also questioned Allen’s timing.  Saying his office had only received the lawsuit at the last hour of business last week, causing them to rush their response before Tuesday’s hearing.  The Judge also questioned the timing.

“It seems to me like this is a publicity stunt,” Judge Alevizos explained in court.  “I’m wondering if I’m being used for publicity?”

But, Allen defended the timing of his filings.

“I corrected him because, in fact, we filed this case the day it came in,” Allen explained outside of court.

In the end, the state presented the judge with a list of protocols created and used by the investigating engineering firm to preserve evidence.  The judge ruled that the state is now legally bound to those protocols, but that the investigation will continue.

Allen said now he has a legal platform to file complaints and sanctions against the state if evidence is damaged, lost or destroyed.  He also plans to meet with investigators to determine a process for tests that may damage evidence.  Now, he and his team are preparing for the next phase of the wrongful-death suit.

“I don’t make it a habit of losing, so I want to make sure we have the evidence we need to supply the jury with the evidence they need to reach the truth,” Allen explained.

Allen also took time outside of court to update reporters on the condition of Tammy Vandam’s partner, Beth Urschel, who was also injured in the collapse.

“She’s doing her best and, you know, it’s a day by day thing,” Allen described.  “She lost her spouse, she’s lost her health as have many others.”

Another major issue Allen plans to bring up in the wrongful-death lawsuit is whether Vandam’s same-sex spouse has rights to Vandam’s estate.  He’s said he plans to make Indiana courts recognize their union, a major change in Indiana’s court system.

The state also filed a motion to change the venue of the lawsuit to Marion County, saying that’s where the scene and most of the companies involved are located.  The judge declined to rule on the change of venue until Allen and his team could respond to the motion sometime next week.