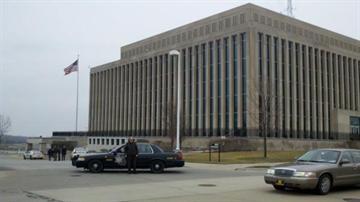 BERRIEN COUNTY, Mich. -- The Berrien County courthouse was evacuated on Wednesday morning due to a suspicious package that was left outside, which was later determined to be a cookie.

The Berrien County Sheriff's Department said they evacuated the building for everyone's safety while crews worked to determine whether or not the package was dangerous.

After hours of investigating, police contacted ABC 57 News at 1:41 p.m. to report their findings.

The Chief of Police for the City of St. Joseph, Mark Clapp, reported that the package was just a cookie and did not present a danger.

"Better safe than sorry!" said Clapp in an e-mail to area news outlets.

The investigation is complete and the area is open again to the public.