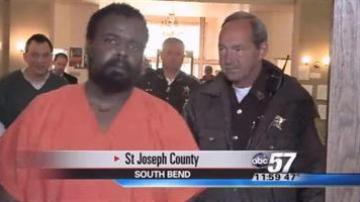 SOUTH BEND, Ind. --Terry Sturgis dropped his insanity plea in court on Wednesday morning, and plead not guilty in the death of his 10-year-old son, Tramelle.

He's charged with murder and battery. Investigators said Sturgis tortured and killed his son in November of 2011.

For months, Sturgis was evaluated by doctors. They were checking on his mental stability. The doctors reports do not support an insanity plea.

His attorneys have filed a motion to drop two neglect of dependent charges against Sturgis, claiming they are not specific enough. He currently faces 14 charges.

Another hearing has been scheduled for April 18th at 1:30 p.m.

Sturgis' mother Dellia Castile is facing charges as well. She's accused of knowing about the abuse for years and not stopping or reporting it. Her trial date is set for June 18.