Update: US 20 reopen after crash that sent baby to the hospital 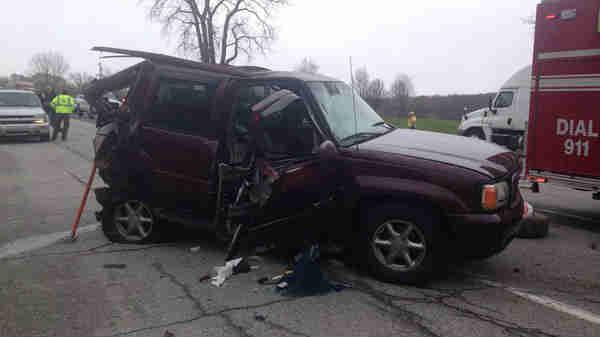 Police said two men and a baby were taken to the hospital after a a crash on U.S. 20 Friday morning.

The accident happened some time around 10:00 a.m. CST near 400 West, in front of the Renaissance Academy.

Witnesses say the crash involved two semis and an SUV.

According to police, the two men suffered non-life threatening injuries. The baby suffered head injuries and was transported to Riley Children's Hospital in Indianapolis.

Police said the baby was properly restrained in car seat.

The driver of the semi was not harmed.