Updates on the Kosciusko home explosion, cause still not known 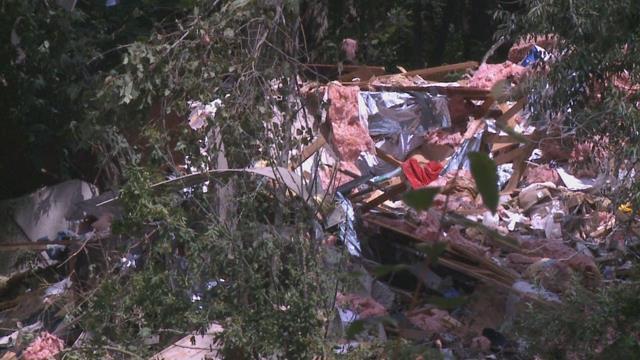 The debris left behind after a home exploded near the town of Claypool is still in the neighboring pond. A 68-year-old woman was killed in that blast and her husband remains in critical condition.

Neighbors say the cause could have been a tank of propane located on the east side of the house.

It is still unknown what really caused this explosion. According to Sgt. Chad Hill  this investigation can last up to two to three more days or until they get substantial facts to move forward.

Larry and Kay Justis were the home owners. A family friend said that he was unaware of what was happening until he saw a picture of the remains of the Justis home and had to confirm it for himself.

“And so I drove over here and realized it was Larry’s," said Dave Morehouse, Larry's longtime friend. "He’s a good Christian fellow.”

When Morehouse went to visit him at the hospital Justis sent him back to his home to handle some unfinished chores.

"Told him I would take care of his chickens. So I came over here to do that," said Morehouse.

Neighbors also say that the Justis's kept to themselves and didn't really socialize with anyone.

“They lived just secluded a little bit in the woods there," said Rick Stewart a neighbor who lives 300 yards away. "Just never saw them out or anything like that. Never seen them in the community. Just private.”

Investigators are expected to be in Kosciusko County throughout this weekend searching through the rubble for an answer to this explosion.