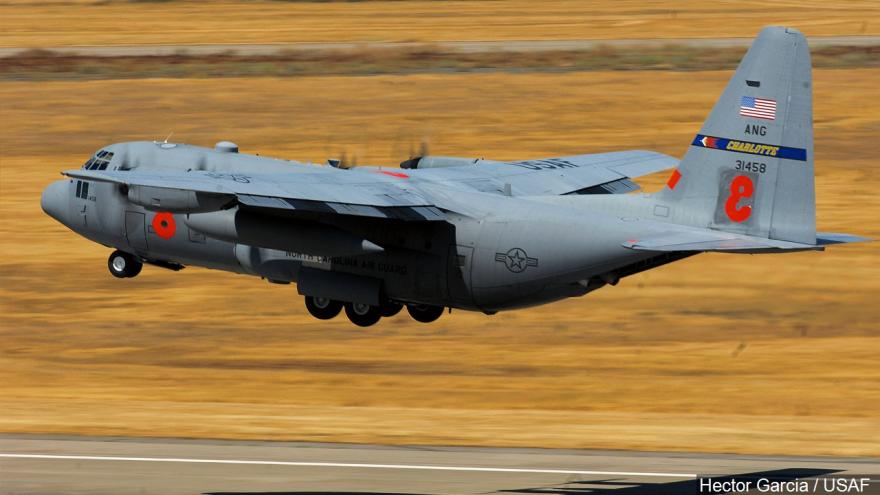 A C-130 Hercules equipped with the modular airborne firefighting system takes off from McClellan Airfield, CA on a firefighting support mission, Photo Date: 9/1/2003

During pre-game activities on October 12, the aircraft will perform the flyover.

The two C-130 Hercules come from Little Rock, Arkansas. They performed several test passes over the campus on Thursday ahead of the performance.