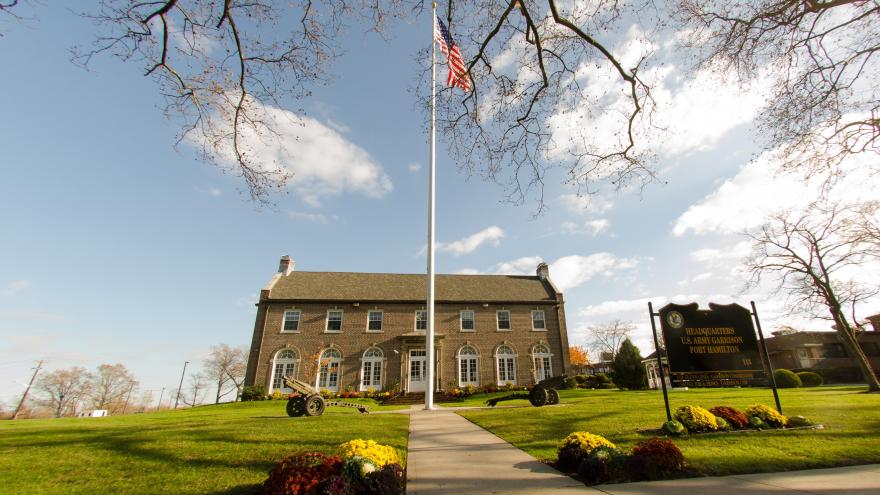 (CNN) -- New York governor Andrew Cuomo is joining the calls to remove the names of Confederate generals from street signs at Fort Hamilton military base in Brooklyn, New York.

After a white supremacist rally to preserve a Confederate statue turned deadly Charlottesville, Virgina, Cuomo requested that the acting US secretary of the Army, Ryan McCarthy, reconsider his refusal to rename General Lee Avenue and Stonewall Jackson Drive.

The US Army had declined a previous request to remove the names of Robert E. Lee and Thomas Jonathan "Stonewall" Jackson from its streets, saying they were honored at Fort Hamilton "as individuals, not as any particular cause or ideology," according to a letter from the office of the assistant secretary of Manpower and Reserve Affairs.

"Symbols of slavery and racism have no place in New York," the governor wrote in a letter to McCarthy. "Unlike President Trump, we stand together to say that there are not many sides to hatred and bigotry; they do not belong in our communities and must be denounced for what they are. Renaming these streets will send a clear message that in New York, we stand against intolerance and racism, whether it be insidious and hidden or obvious and intentional."

Prior to the violence in Charlottesville, the Army responded to US Rep. Yvette Clarke of Brooklyn, who in June wrote a request of removal with three other members of Congress.

"To honor these men who believed in the ideology of white supremacy and fought to maintain the institution of slavery constitutes a grievous insult to the many thousands of people in Brooklyn who are descendants of the slaves held in bondage," the representatives wrote.

Senior official Diane Randon replied that the Army recognizes "the significance and sensitivity of the issue," but said renaming efforts would be "controversial and divisive ... contrary to the nation's original intent in naming these streets, which was the spirit of reconciliation."

Clarke expressed her disappointment with the decision, calling its reasoning "nonsense." Patrick Rheaume, a spokesman for Clarke, said they will continue to explore legislative options.

According to the Southern Poverty Law Center and its Intelligence Project, which tracks hate groups and extremism across the country, there are 1,503 Confederate place names and other symbols in public spaces. Among them are 109 public schools, 80 counties and cities and 10 US military bases bearing the names of Confederate leaders.

All the bases are in former Confederate states, including Fort Gordon in Georgia, Fort Hood in Texas and Forts Lee, A.P Hill and Pickett in Virginia.

After a 2015 national debate on the Confederate flag, which emerged after a white supremacist who posed with the flag shot and killed nine African-Americans in a Charleston, South Carolina, church, the Pentagon announced those military bases named after Confederate officers are not expected to be rebranded.

Meanwhile, communities across the South have taken an active part in the heated debate. While some opt to take down monuments, such as the recently removed Confederate Memorial in Forest Park in St. Louis, states like Alabama have signed into law protection of the landmarks.

"There shouldn't be anything honoring the Confederate on public land," Heidi Beirich, director of the Intelligence Project, told CNN. "The government who represents all Americans should not have this offensive symbology on public property."

Beirich also mentioned the Confederate Memorial erected at Arlington National Cemetery, which she said depicts and perpetuates the image of the black slave. "The South spent decades reversing the result of the Civil War by honoring the Confederacy infused with this symbology," Beirich said. She added that those names and symbols belong in museums, not on street signs where they "don't give context but honor these people."