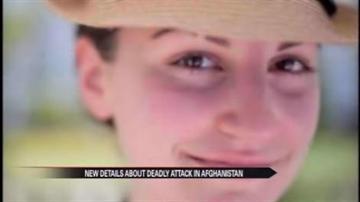 Six Americans were killed in the attack. It was the worst attack on Americans since last year's U.S. Embassy attack in Libya.

One of those killed was 25-year-old Anne Smedinghoff of Illinois.

She was a U.S. diplomat and just days ago she assisted Secretary of State John Kerry in his visit to Turkey.

The young American was on her way to drop off textbooks for school children when the bomb went off.